Yes. Another pointed open letter to the United States Department of Justice regarding their insane actions and policies on weed…enjoy. 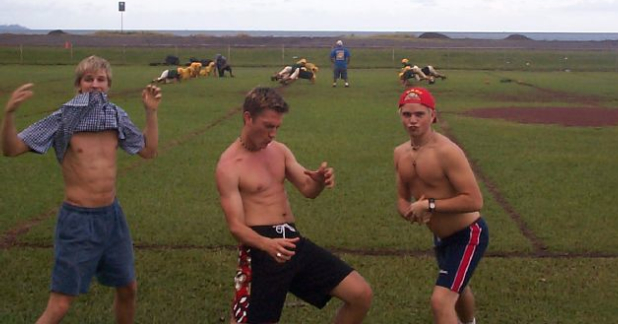 Dear US Department of Justice Officials and US Attorneys,

Stop it. You are embarrassing yourself…and our nation.

As I stood on yet another street corner yesterday -this time in Berkeley- to witness another press conference decrying the interference of the feds into state law, I could only think about what a waste of energy the whole experience was; and what an embarrassment it was that in a civilized society we again had to drag public officials, sick people, and stakeholders of a well-run tax paying business onto a street corner to address another ill-conceived attack on a medical cannabis provider.

The US Attorney for the Northern District has filed a forfeiture asset claim against the building where Berkeley Patients Group (BPG) operates….the new one. Last year a highly publicized shut down of the organization’s original facility in which they operated for over a decade with no complaints forced them to move to new digs not too far from the old location. In their moving they were very careful to select a site that met all known requests of the US Attorney’s office, including being 1,000 ft. from schools, parks, and youth facilities. 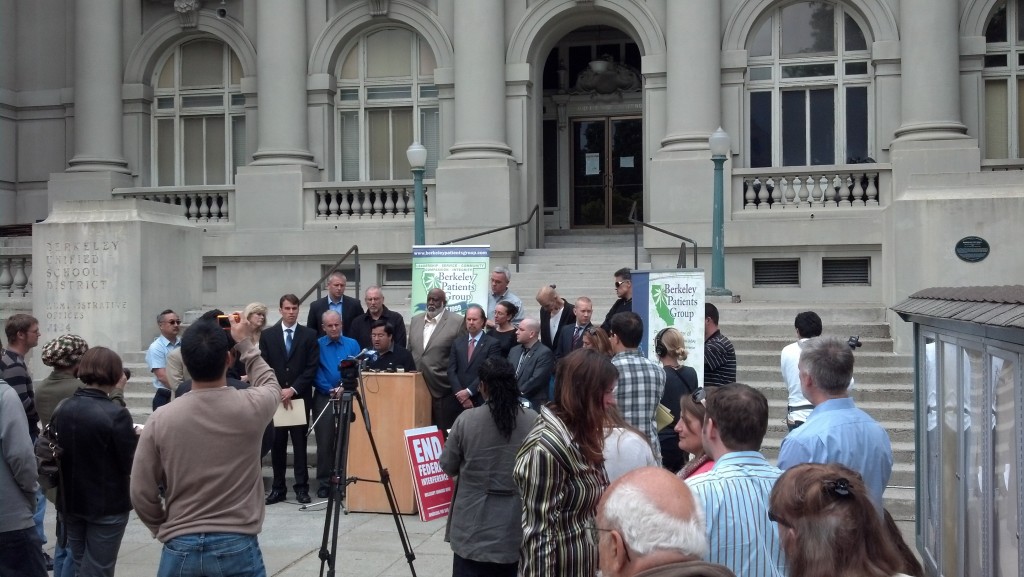 At the end of the press conference the group took questions. I only had one…”did they feel that this forfeiture action was vindictive prosecution based on the organizations high profile nature, and more particularly, in light of an article done last year by Michael Montgomery and David Downs that aired a lot of the organizations dirty laundry.”

After a brief pause BPG’s spokesperson responded with a simple “no.”

Well that answers that, now doesn’t it? No. In fact, it does not.

The reality is that this is clearly selective prosecution aimed at creating fear in the community, and forcing the hands of landlords to not work with cannabis providers any longer. It is an underhanded and slimy way of going about your business and it is an embarrassment to the term “justice.” You guys should be ashamed….again.

I have no idea what motivates the dance of the idiot that is cannabis policy in this country. Our way of dealing with weed is so fucking bankrupt and morally reprehensible that I am amazed every day that people do not grab their pitchforks and torches and demand a real change and a releasing of millions of otherwise innocent people in jail for stupid drug crimes.

The fact that you people over there still have the nerve to roll out another bullshit forfeiture lawsuit, and continue to raid compliant providers of cannabis, is BIZARRO. At what point do you get tired of defending this bullshit in public?

Here is what US Attorney Melinda Haag released in a statement yesterday when asked about the BPG situation:

Haag defended the suit and others like it on the same day Berkeley politicians held a news conference to complain about it.

In a statement Haag said lawsuits against landlords of medical marijuana dispensaries and letters threatening the landlords have been reasonable and are supported by educators, addiction specialists, police officers, clergy, parents and others who are “negatively affected by marijuana.”

“The marijuana industry has caused significant public health and safety problems in rural communities, urban centers and schools in the Northern District of California,” Haag said. “Because some believe marijuana has medicinal value, however, we continue to take a measured approach and have only pursued asset forfeiture actions with respect to marijuana retail sales operations very near schools, parks or playgrounds, at the request of local law enforcement, or in one case, because of the sheer size of its distribution operations.”

I do not know US Attorney Haag personally, but by all measures she seems to be intelligent and very educated. I find it hard to believe that she can make such a statement without taking any responsibility for the current state of affairs due to the US government’s, and more so the USDOJ’s, enforcement policies and actions where cannabis is concerned. How out of touch does one have to be to make the statement that “the marijuana industry has caused significant public health and safety problems in rural communities, urban centers and schools in the Northern District of California” without considering what role cannabis prohibition and the black market plays in those public health and safety matters?

Her reference to a “very measured approach” is a clear admission of selective enforcement based on arbitrary and shifting limitations. While no clear boundaries have been set defining what the exact parameters are from what exact uses, or how big the “sheer size” of an operation is that will be targeted by her office, her admission signifies that there is a line there somewhere. As a matter of public safety and fairness it would be helpful if these guidelines could be more clearly established for people to operate under.

But the fact that we continue to play clandestine cat and mouse bullshit games with medical cannabis like this is simply embarrassing. Just stop it. We are better than this.

Knock off the military SWAT raids, the shifty letters, the forfeiture actions, and the IRS audits. Quit doing everything in your power to destroy our movement without having the political courage to even really say why. To pawn the responsibility of your actions off on nameless and faceless  “educators, addiction specialists, police officers, clergy, parents and others who are negatively affected by marijuana” is cowardly.

If you believed in that bullshit rhetoric your handlers released you would own it, with no need to justify your actions by claiming that these faceless many were your reasons for actions. Either what you are doing is right, or it is not.

But do us all a favor…knock of the charades and bullshit. At this point you are operating as a direct tool for big business and law enforcement/prison lobbies and your actions are destructive and mean. Stop it.

There is no “just doing our job” when your job is destroying the lives, livelihoods, and values of the majority of people in the society we live.

Quit taking people to jail, invading their privacy, and taking their stuff for some weed….That shit is not working and you are just embarrassing us all with your unwillingness to wake up and smell the sour diesel.