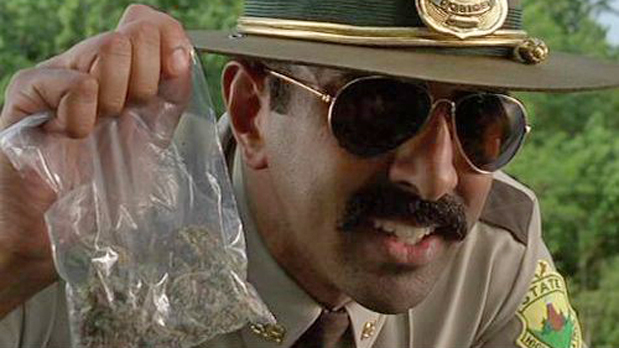 Don’t go getting all excited. The reality is that we probably will not end cannabis prohibition this year… but we could if we really wanted to.

The human experience loves suffering. It is as if fate has sealed the deal on the long and drawn out painful experience. We expect it. We relish in it. It gives us something to bitch about, and it keeps our dark places filled with grief. On some levels humans need to suffer. It gives meaning to the moments when we do not. But often we are mired by expected tragedy, and we invite failure and misery to dinner like an old friend. We lack the confidence and trust that things can really change, and that we can do anything to create that change.

But it doesn’t have to be this way. We are powerful.

Usually change happens rapidly… in bursts. We see history change in a moment, and what was today is often not tomorrow. It is anyone’s guess what day will signal the true end of the war on weed and the prohibition of cannabis; but believe that day is coming. The walls continue to crumble and the lies of drug warriors continue to fall on deaf ears. There is no turning back now. The toothpaste is out of the tube. There is no putting it back.

But how long will it take us to evolve as a society? What will it take for us to move from selective freedom in select areas to an open and free cannabis experience? How many more people will have to go to jail or lose their kids before we finally say enough is enough? How many more people have to suffer at the hands of prohibition before we wake the fuck up and finish the job once and for all? The answer, unfortunately, is too many.

As I see another year come and go I am reminded of my ongoing optimism of years past. I, for one, believe EVERY year will be the last year of cannabis prohibition. I live every day as if it were the last; and I know one day the levy will break and this will all be over. The fight will end one day, and not a moment to soon for me. I am not getting any younger and would not mind getting past the constant battle of ending prohibition.

This movement/industry has come a long way, and we have seen some major breakthroughs where acceptance of cannabis is concerned; but there is also a disturbing complacency within that is fostered by a lack of courage. It is almost as if there are those who would like to continue the quasi-legal grey market of cannabis for a while longer so they can cash in a few more chips before their whole deal goes up in flames. A lof of so-called reformers have no idea what the fuck they will reform if the easy money of cannabis prohibition is off of the table and they actually have to perform to gain support. There is posturing on all sides of the table. Sadly enough, deep down inside, there are some within our ranks who probably hope that cannabis prohibition never really ends so that they can continue to hold on to what ever minimal control they have of their pathetic lives of selling bad weed for good money, or whatever else scam they are into where the black market allows them to get over.

Let’s be clear though… The folks who continue to work behind the scenes to retard the progress of ending prohibition are the scum of the earth. Those who have disregarded the mission in an effort to ensure they have a seat at the table going forward are no better than those who work against us. Believe that there are many people who stand next to us every day pretending to be down for the cause who are just as happy to see things stay right where they are. Don’t let a lot of these fuckers fool you… Many are selfish and greedy pricks who survive off of the chaos and pain fueled by prohibition.

We do not need to wait until 2016 and hope that a few rich guys decide to back some weakly worded ballot initiative that will allow for more limited freedoms in select areas based on bullshit calculations done by some weird thinktank cats who probably don’t even smoke much weed. We can decide to rise up and be accounted for. We can use our power and influence to move the mountain… if we really want the mountain fucking moved.

Or we can kick the can down the street for another year or ten, and allow for our society to continue to deteriorate in the name of bad laws and ignorant policies. It is likely that many will choose to kick that can again. It is easy money for a lot of people and most are too busy worrying about themselves and their hopeful futures to really do the hard work it will take to end this thing.

This could be the last year of the bullshit…. if we really want it to be. Only time will tell and often it is out of our hands. Fate is seldom wrong.

I for one will be reloading and coming at 2015 like I come at every year…. as if it will be the last year of cannabis prohibition. I hope an army of people join me in the fight to end this thing once and for all. You want to make a resolution? Make one to spend every day working to stop the madness; and if enough of us make that commitment do not be surprised if we are not having this conversation next year.