SB 289 is a terrible measure that automatically convicts a person of DUI for having any drugs, including weed in their system. This means if a person is in an accident and they test them and they smoked weed a week ago, they are automatically at fault in that accident because they would have a DUI.

This measure is aimed at opressing minorities and poor people some more with terrible policies and non-scientific convictions. It is a clear abuse of power and must be stopped. Do your part today. 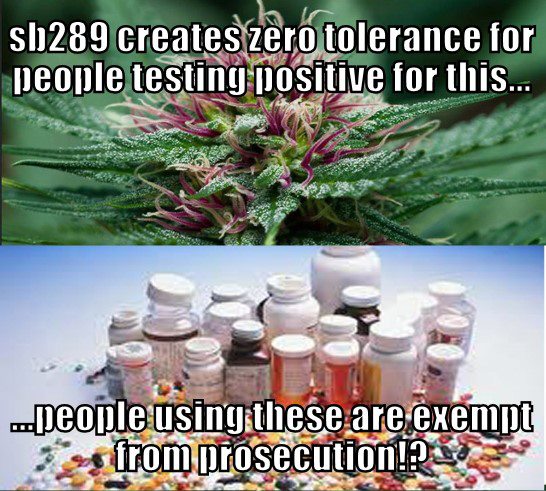 SB 289: Zero-Tolerance Drugged-DUI Measure
Hearings on Tuesday 4-30-2013
Call Today & Leave this message: “No to SB289”.
Be polite (we want them to do something for us)
Be Brief ((let them answer more phones for us)
Do this like your driving depends on it, because it does.