IT IS HAPPENING! (No…not the breast massage.) 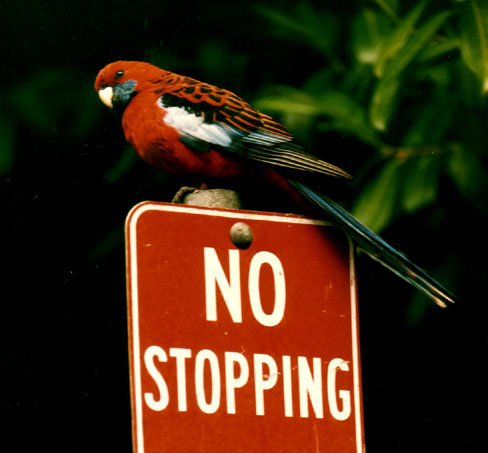 Adult use legalization of weed is coming…but do not take my word for it. Published this week in a editorial letter to the New York Times Congressman Earl Blumenauer (D-Oregon) wrote this:

Bill Keller’s May 20 column, “How to Legalize Pot,” captures the momentum and energy growing around the country to change out-of-date drug laws. This reform will come quickly because of major shifts in state laws and public opinion, coupled with increasing agreement that federal policy is a failure and the success of a new generation of reform advocates.

Blumenauer was responding to a great piece that ran last week in the New York Times entitled How to Legalize Pot, where Keller made this awesome and bold statement:

The marijuana debate has entered a new stage. Today the most interesting and important question is no longer whether marijuana will be legalized — eventually, bit by bit, it will be — but how.

“At some point you have to say, a law that people don’t obey is a bad law,” Kleiman told me when I asked how his views had evolved. He has not come to believe marijuana is harmless, but he suspects that the best hope of minimizing its harm may be a well-regulated market.

Also published this week was a great piece by Time Magazine entitled How America Learned to Stop Worrying and Love Marijuana.

But the puritanical fervor that once dominated the national discussion surrounding cannabis has been conspicuously absent of late. Earlier this month, the Colorado State legislature, by order of a November referendum, passed bills to implement the legalization and regulation of recreational marijuana use. Washington State voters also approved legalization by referendum on election day. And these events have recently been followed by more good news for supporters of cannabis law reform. The Organization for American States recently suggested that marijuana legalization could be a way to cut down on drug-violence in the western hemisphere. Perhaps most important, the movement has finally found a voice on Capitol Hill, as representatives Earl Blumenauer and Jared Polis submitted legislation earlier this year that would end federal prohibition of the drug, and allow states to tax and regulate it as they see fit.

Yesterday in Colorado, Governor John Hickenlooper signed into law the first legislation allowing for a regulated adult use cannabis market in the State of Colorado. While many of the proposed regulations suck, the big picture is clear….adult use legalization IS happening in Colorado…and the sky IS NOT falling.

Washington State will not be far behind, as the team charged with developing their regulatory model is set to release their findings and make their final suggestions to the WA State Liquor Control Board to develop the regulatory model there.

Several states, including California, Massachusetts, Connecticut, New Jersey, Rhode Island, and Arizona are implementing robust medical cannabis retail distribution and wholesale markets. Regardless of the Feds lack of clear guidance and ongoing interference in some states, the will of the people is moving forward at a great pace.

The world is understanding that weed IS happening. There is no stopping the momentum and that the best thing society can do is get ahead of the situation before freedom and weed overcome us all swiftly and forcefully. For me personally, this in-between and awkward stage is frustrating.

On one hand, EVERYBODY knows weed will be legal one day very soon. On the other hand, we have a lot of issues to overcome, as we have spent the last four plus decades digging a hole of war crimes against our own people for using a safe, enjoyable and helpful plant. It is like that feeling when you know you are going to break up with a girl, but you do not want to do it before her birthday or Christmas. We are all still kind of going through the motions of the war on weed, while no one truly believes in it anymore. It is stupid.

So how do we get past it? How do we end this thing once and for all? How can a nation who has severely damaged millions of people’s lives by making them criminals for smoking weed say, “MY BAD?” How do they avoid having to admit they were terribly mistaken, let thousands of people out of prison, and act like nothing happened over the past decades?

A fucking apology would go a long way for me….

As a person who had his home and businesses raided by armed gunmen from the US Government for making weed brownies for sick people, I know firsthand the tragedies that this war on weed has created for real people like me. I was lucky too. I am a white male with an adorable family and a lot of community support.

I cannot tell you the amount of times I have sat in a federal courtroom waiting on another case and have seen judge after judge sentence young brown people to draconian mandatory minimum sentences of 5-10..even 20 years for weed. There are thousands of these folks rotting away in our out of control prison system right this minute. They all have families and people whose lives are messed up because we decided to haul their loved ones off to prison for years over weed. There are parents who only see their kids in a jailhouse visiting room because of weed. People are losing their children, their jobs, and their standing in the community over weed.

This shit has got to stop; and procrastinating on how to fix the problem is not going to help solve it. It will only make it worse and more difficult, as every day more lives are thrown away to a system of justice that has decided that people are numbers and pawns in their game of profits and deceit. The private and public prison industrial complex is driving the need for more prisoners, and we are using immoral and unjust drug laws to feed good people to the system because it is good for a company’s bottom line.

So what is the answer? End it…and end it now.

Nobody said it would be easy though…..but it is going to happen and it needs to happen now. The Justice Branch of the Green Shadow Cabinet issued a report this week entitled: “The Voters of Colorado and Washington Provide a Path to End the War-on-Marijuana Quagmire” which they make some excellent and pointed recommendations. here is that:

In the report we specifically limited our recommendations to actions President Obama can take without any legislation from Congress.  The 32 page report, “The Voters of Colorado and Washington Provide a Path to End the War-on-Marijuana Quagmire [7],” reviews the extent of marijuana use, impact of arrest and incarceration, reports of national commissions and legal issues around federalism.

There is a path to a cannabis reality we all can live with. It will likely be a messy and somewhat painful path…but a path nonetheless. We must demand that this journey begin now and that our society quit taking people to jail for weed immediately. We must restore sanity to our communities and quit making law enforcement the enemy of the people by forcing them to search people for weed and arrest them for a substance far safer than any of the “legal” ones.

There ain’t no stopping weed now….We’re on the move. Legalize weed today. End mass incarceration today. It will make you feel better…I promise.