I am not sure what to think about this story, although I should because it is the third fucking time I have had to read it. “The Wal-Mart of weed” is opening. Shut the fuck up already. First off- I told you the first time you opened your big dirt store that it was not a news story. Shame on the lame ass Sac Bee and CBS and anyone else who keeps running this BULLSHIT. You can invite your City Council friends over, lay out a cheese plate, and call every press outlet in the State, but at the end of the day you got a warehouse full of dirt and lights and that is not a story.

So about a year ago Dhar Mann and company did a press release that they were opening “iGrow” and it was to be God’s gift to the cannabis world. Well it wasn’t. And furthermore it wasn’t even a good option for Oakland, nor the medical cannabis industry. Dhar Mann, the young entrepreneur whose family owns every taxicab in Oakland, and the man behind the I/We Grow debacle failed to do any decent planning then and was sued over the name iGrow. Way to do your homework. After a great press release and a bunch of hype “iGrow” could not deliver the goods. Their lack of planning lacked the foresight to imagine the reaction of hydroponic equipment suppliers who have normal operating procedures that include not advertising their products as marijuana products. Hydro suppliers are international companies who stand to lose millions if their product is held up at customs or not able to be sold because it is associated with cannabis. All of the main distributors cut them off. But nobody could see that writing on the wall so in the first 6 months of operating “iGrow” was sued for their name and cut off by their major suppliers. Way to go on the strategic planning. 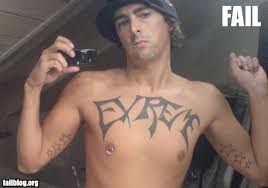 So then they decided to relaunch the project with another big press release complete with City Councilpersons, cheese plates, and hyperbole about how what was now dubbed “weGrow” would be a major player Nationwide as a franchise and also distributor of equipment (bought straight from China). Blah blah blah…….the organization was going to apply for a permit to operate one of the 4 Oakland MegaGrows, and is currently seeking a permit still. SO you got that…..2 press releases in one year about the Grand Opening of a Dirt Store. Zero success to show for it…..and now this.

So now…after Oakland has been closed because it FAILED the weGrowers launch yet  ANOTHER PRESS RELEASE because they are opening another Dirt Store- this time in Sacramento? Really? Third time the charm? Here is the kicker….the lead on the story is “Dirt Store opening in Sac” (same shit as before), but it should be “Wal-Mart of Weed FAILS in Oakland and moves to Sac to try and sucker a whole new group of people.” I would hope that the word is out WAY ahead of this one and the good patients in the Sac area are smart enough to see that this is just another smoke and mirrors bullshit story meant to grab a couple of headlines, but really it is just a big flashy warehouse store ran by some rookies who never grew a decent bud in their life. That is right, I said it……

I have discussed my former criticisms and BULLSHITTER of the Week Award with Dhar directly over email. He is not a horrible person. (UPDATE: Several former employees, associates, and people he owes money to would like people to k now that he actually IS a horrible person and they have a list of court cases, complaints and evidence to prove it.) He is just a media whore and a bad business person. He is a person who likes to blow the smoke up one’s ass before the actual work has been done or success has been had. It is one thing to make a bunch of lofty statements in the press and try to beat chest with the Silverbacks of the weed world in the media- it is another to do the work, create the satisfaction, and then have people admire your work because it is successful- not because you said a bunch of crazy shit about how it would be successful. 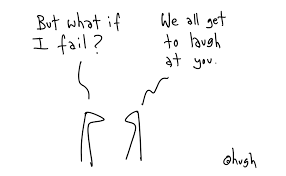 SO do us all a favor. The next time you want to open up a new future failed project, do us all a favor- put the phone list for the press down and put your time and energy into doing the work. Anything less is just crying wolf. People argued to give you credit the first time when I called BULLSHIT on your big ideas with zero substance. I tried to give you the benefit of the doubt. But I for one am sick of having stories about your Dirt Store and some weak ass quote that you regurgitated from Harborside’s Stevie-D about how you are doing something revolutionary in the paper. At least Stevie HAS done something and IS successful instead of just talking about it.

“I just thought it was a statement to have something close to the state Capitol,” said Dhar Mann, who founded the original iGrow in January 2010. “It’s a statement of how progressive the industry has become. We’re all about coming out of the shadows.”

Real fucking original…….geez. Are you gonna make some buttons and flyers with that quote on them?

SO in conclusion, BEEN THERE- DONE THAT- Got the T-Shirt and used it as a dust rag. No matter what you think “The Wal-Mart of Weed” is not a good headline, jackass- so keep it out of my paper. No one should patronize or give a moment’s notice to this THIRD PRESS RELEASE IN ONE YEAR about the opening of this same tired store. There are a lot of great Dirt Stores out there ran by hard working and knowledgeable people. Do not fall for the hype of this bullshit press release and lame story. It is a mirage and is sure to fail. I like 3rd Street Hydroponics in Oakland, but if you cannot make it to “The O,” there are really a large number of good retailers out there in Sacramento and all other areas that deserve your business. Let this guy fail and disappear into the night. Our movement did not need him or his money then and we still do not need it now. Thanks but no thanks, Dhar. We will not be doing that lunch after all. Sorry. I have had enough…..

Let me know when you decide to DO THE WORK…..