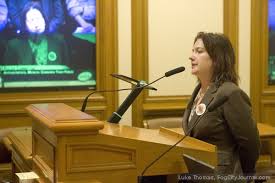 So leave it to Shona Gochenaur of Axis of Love to ruin a perfectly good (and busy) Tuesday with her overblown criticism of Americans for safe Access and other “large drug reform orgs.” Here is what she had the nerve to say in an article done for by SF Bay Times:

“The way we change stories is we stand in unity with families that are being persecuted for serving our communities, our medical cannabis service providers,” she said. “I am going to say something a little controversial now: the larger drug policy orgs aren’t doing crap. They pay lobbyists and have expensive dinners and do nothing for the growers or the people who need medicine.” She clarified, “I am particularly speaking about groups like Americans for Safe Access, who just had a $500 a plate meal, and what are they doing for medical marijuana political prisoners? And poor patients? Nothing!” She said, “These are the people who need help and should be the first served by drug policy reform.” She concluded, “We need to change this story. We don’t need to pay lobbyists. We need to get things done!”

Really? You want to take a victory lap and in the process kick ASA and other reformers in the face because you think you have some moral higher ground? Well, let us shed a little light on the subject…

Axis for Love is a poorly run organization that has for years been a joke to those in this industry. Their Director, Shona, consistently picks fights within the community in an effort to gain some credibility. They are funded by local SF Dispensaries, including HopeNet and Alternative Relief Co-Op and Bach SF, (for some reason) so that they can provide services, including cannabis, to low income and distraught SF patients. On the surface it seems like a commendable mission and they often do some good work that directly benefits needy patients and those in need of support. But the mission is constantly clouded by Shona’s inability to play nice with others and her need to use her “position” to make a huge stink and cause chaos in the community.

I have tried to reach Shona in the past and thought that she was moving away from these attempts to demean others’ work in an effort to prop up her own. She often makes very public her dirty laundry, many times copying every public official on her rolodex on emails and messages regarding her petty arguments. Her game plan is to wear down those who oppose her and accuse anyone who dare criticize her of bashing gay people or hating the poor and homeless. Her thinly veiled efforts to use her good deeds as a means to prop herself up does not go unnoticed. It seems as if the only thing she does this work for is so she can continue to pat herself on the back and paint herself as some cannabis Mother Theresa. The reality is that she is an agitator who does the bidding of those who fund her efforts. She has used her position to maintain a role with City Officials and has helped to develop several splinter groups to flood the votes of the SF Medical Cannabis Task Force. The results have been more confusion and a constant effort to find sanity in the confusion.

The truth is that Axis of Love could be a very positive force in the community, but Shona’s willingness to use the organization to shamelessly promote herself and attack others in the community has made it impossible to take her, or the organization, seriously. On many occasion I have attempted to reason with her in an effort to find harmony and to get her to stop wasting the movement’s political capital on carnival barking and sideshows, but alas…it seems like there is no getting through to some people.

So here we are….another unnecessary attack on an upstanding group like ASA and an extremely disrespectful and misleading statement in the press. Why? Who the fuck knows? Sometimes crazy is just crazy….but I, for one, am done playing bullshit with her and her Axis of Whatever…..I have lost my patience and will no longer try to reason with insanity. If Shona wants to go to battle within the medical cannabis community I am game…Let’s do it….or she can humbly apologize for these volatile transgressions and we can get back to trying to change the world. I am good either way….