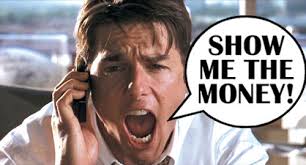 So I got a request today to remove some blog comments an unpaid and frustrated vendor had made about Montel Wellness and Co. asking me to remove the comments because the were “trying to do the right thing,” meaning he was getting paid. We will chalk that up as another VICTORY! Word on the street is some others also have found resolution. So to anyone else owed money, the moral of the story is be vigilant, be vocal, and maybe be paid…..hopefully there will be total resolution of everyone’s past due debts and Montel and his crew will come to be a fair and professional partner in the quest to free cannabis from the clutches of tyranny.