Please join a group of concerned vendors and citizens at 2900 U St. in Sac today for a demonstration calling on the organization to pay their debts and do right by the community. Montel may, or may not, have known about the terrible reputation his new partners have in the community for mismanagement of collective funds that have resulted in the default of hundreds of thousands of dollars in payments to hard working folks, but he should have done his homework and cleared up these outstanding debts or found another group to partner with if he wanted to enter this market with no controversy. His decision to attempt to use his celebrity to gain a competitive advantage and his management group’s effort to put remodelling and renovating ahead of paying off the people the business owes is shameful. A peaceful protest will be held today, spearheaded by two senior citizens who are owed thousand of dollars, which they were depending on to supplement their fixed incomes. It is a shame that it has come to this, but when big money interests attempt to rewrite history and marginalize dozens of providers and workers in an effort to weasel out of paying what is owed by their organization, it is time for action. Love, compassion and freedom my ass. I hope to see you there.

Montel Williams medical cannabis dispensary owes tens of thousands of dollars to member providers and contractors and refuses to pay their past debts. A protest has been organized by outraged vendors, including two senior citizens who live on fixed incomes and have been greatly affected by their unwillingness to pay their bills.

(Patients and concerned citizens will gather in protest on Friday, June 17 at noon at Abatin Wellness (29th & U) to express their frustrations.)

By: Concerned citizens and hard-working people that Abatin Wellness (formerly Capitol Wellness) have defaulted payment to for goods and services provided. We will be joined by some who question the integrity of an organization that would spend tens of thousands of dollars on facility upgrades, when they owe hundreds of people in the community for their hard work, and have seemingly circumvented the Sacramento ordinance that regulates medical cannabis dispensaries.

WHAT: A peaceful protest of Motel William’s and his new “partnership” at Abatin Wellness Center for their lack of integrity, honesty, transparency, and decency. An action to bring awareness to the unsavory business practice happening with the new “ownership” of Abatin, formerly Capitol Wellness Center. A demonstration to demand that the City look deeper into the apparent takeover of a once humble and independently operated dispensing collective by an apparent investment group associated with Mr. Williams, who now is paid a consulting fee for his endorsement of this dispensary; we question how they cannot afford to pay what is owed by the collective but they can afford to pay Montel Williams.

WHO: A group of patients, providers and contractors who are concerned about the business practices of Abatin Wellness Center and their inability to pay their debts to honest and hard-working people, including two senior citizens who live on fixed income and have been greatly affected by Capitol Wellness’ defaulting on what they are owed. People directly affected by the apparent take-over and failure to pay by a group associated with TV celebrity Montel Williams.  Other concerned citizens that question the legal ability of this group to circumvent local laws, and use a paid celebrity to gain competitive advantage.

WHY: To confront the new “ownership” and question their reasoning for not assuming the debt of the corporation upon ownership transfer. Because patients, providers and those who are owed money by this organization deserve to be paid in full BEFORE hundreds of thousands of dollars are spent on renovations, upgrades, and celebrity spokespeople. To bring awareness to a situation that has been handled poorly by the new management group, including attorney Gary Hiller. To let the community know that this group is not worthy of their income and collective resources, as they have defaulted on paying hundreds of hard working people in an already tough economy and to encourage them to go elsewhere in Sacramento for their medical cannabis services. 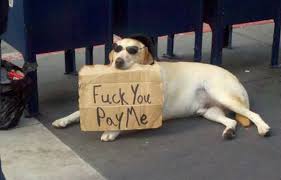