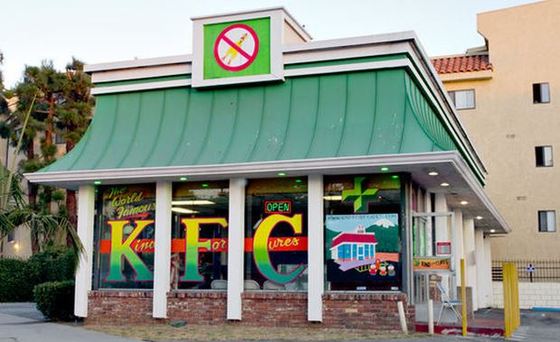 The evolution of the cannabis market is happening. What was once a clandestine industry based in people’s garage is now growing into a full-fledged cottage industry, complete with retail and wholesale elements, as well as charlatans and hucksters. As the industry develops, it is interesting to see where the power breaks down compared to other types of similar industries.

The development of any new and emerging industry is sure to be a difficult and trying one. Add to this equation the complexities of federal prohibition and state allowances, and what you get is a model somewhat turned on its head. What do I mean by this?

The legal climate for cannabis has focused primarily on the retail aspects, being dispensaries. A lot of attention has been given to the stores that sell weed rather than the organizations that produce weed and develop finished products. In most normal industries, manufacturing sets the pace. The retail model is an important vehicle in which goods are moved, but are by no means driving inovation and production like they do in the cannabis industry.

The current situation allows for retailers to maintain a lot of power because there are no major manufacturing conglomerates or production and distribution houses that have enough of a presence in the industry to dictate the market, like in other industries. There are very few major brands that can have the impact necessary for their supply to drive demand. Generally the retailer holds all of the power and can dictate the market more easily by using their position as a gatekeeper to include, or exclude, people from the market.

But this will not always be, if history has any relevance. As a more legal and upstanding market develops this power WILL shift. When major cannabis production companies are developed the world will change. In the world of supply and demand, the cannabis industry is lacking in the power of the supply side…for now. But as a legal cannabis market comes into focus you can be sure that there will be some game changing moves made on this side of the equation.

Large batch producers not constrained by prohibition and the risk of prison will be able to develop larger and more sustainable business models that will be able to produce enough cannabis to move the needle on demand. Normal business factors will begin to emerge, as the veil of prohibition is removed. It is clear that those who can effectively produce high quality cannabis products and market them effectively to the masses will gain more power. The way manufacturers and suppliers drive demand is through advertising, marketing and development of the brand. While there are extremely limited efforts of this happening now, none of these brands have the ability to really change the game the way say Sierra Nevada changed the beer game in the 90’s, or how low price quality offerings like Kia have changed the automobile market. But they will…

Retail shops will not dictate the market principles beyond prohibition. High quality cannabis products will. Why? Because that is generally how things work. We do not go to Best Buy because they have just any stereo or computer; we go there because we know they will have the brands we want at decent prices. But if Best Buy sold a bunch of off brand merchandise that nobody wanted, who would go there? No one…that is who.

Can you imagine if a liquor store was given as much power in deciding alcohol industry standards and product line development as cannabis retailers currently are? Can you imagine a world where we told booze retailers that they could only sell the booze they produced themselves? No…you can’t. You know why? Because that would be stupid…the same way the current cannabis market is pretty stupid in respect to other industry norms.

We are in a strange vortex for the weed market, as people are more willing to allow it to be legal, but there is still a huge mystery as to how it is to be produced, distributed, and sold. The knee-jerk reaction seems to be working to over control the industry and to make things more difficult than they need to be. This is not rocket science…it is business. We buy, sell and trade agricultural commodities and finished products all of the time. It is what our consumer society is known for, so it is only a matter of time before these false barriers are removed and the industry changes to a more “product” focused, rather than “store that sells product” focused industry.

So all of the big conglomerate weed stores should live it up while they can because the time is coming where you will just be another weed 7-Eleven in a sea of weed 7-Elevens. How long it will take for this evolution to happen is anyone’s guess, but you can be sure folks like myself and others are preparing for that day….and when it comes, just know that the abuses of power that we see now in the industry from overzealous retailers and their buyers will NOT be forgotten.