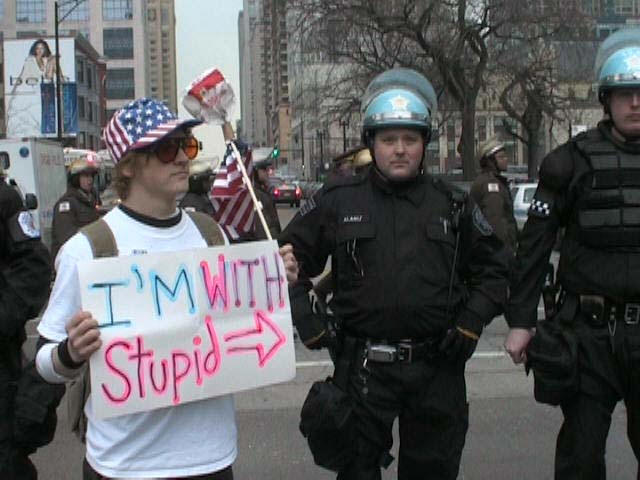 The prohibition of weed is one of the stupidest things mankind has ever done.

I am constantly embattled in the effort to bring sense and sensibility back to the world we live by ensuring we quit locking people up and destroying their lives over this safe, enjoyable, and helpful plant. It is a frustrating fight because none of it makes any fucking sense. It is constantly arguing over what is literally a no-brainer.

Those who continue to support the ideas and policies that have fueled cannabis prohibition are usually just idiots. These dinosaurs have drank the kool-aid for so long that somehow they really believe this shit, and I for one am tired of having to prove what dipshits they are to the world. This is stupid.

There is no sane argument left for prohibiting cannabis. The opposition continues to look like idiots throwing shit at a wall to see what sticks. I am baffled that these losers have the courage to say this shit out loud. Most are lucky that assault is still prohibited because it is all I can do to not bitchslap a person when I hear the word “gateway dru….” (SLAP). My bad.

Yet here we are…. still arguing about this shit. This is basic stuff.

So let me break it down real quick and simple-like for these obviously dim bulbs.

I am tired of even arguing about this shit. It is not even an argument. It is just a bunch of uneducated ignorant people who fold whenever real facts are brought up. This ideological “drugs are bad… except the ones I use” must stop. We must condemn and shame those who continue to put this bullshit forward. We all have better things to do than continue to argue the obvious… PROHIBITION IS STUPID.

We owe it to ourselves to find the strength to really end this thing. Maybe if everyone took a minute from dividing up the pie before it is done baking we could make a more concerted effort to restore sanity to our society. It is all of our jobs to be a vocal voice of reason for cannabis freedom in our communities. Those who want to keep up this nonsense do not deserve our respect our our courtesy. What they deserve is to be called out for the war criminals they are and to make them unwelcome in our society any longer.

We are better than this shit… I do not get what the fuck is taking so long; but this shit is STUPID.

2 thoughts on “Weed Prohibition is Stupid…”