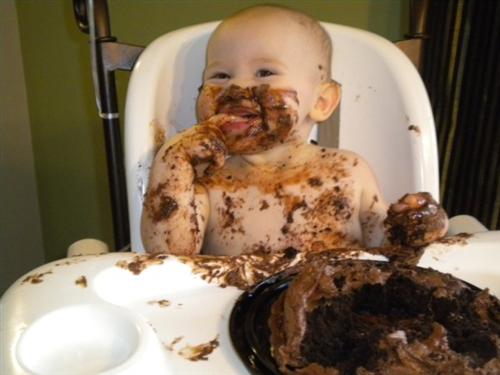 There is a lot happening in the world of cannabis right now. the walls of prohibition are crumbling faster than most had ever imagined and the cannabis reform “movement” is experiencing a lot of growth and change. With that comes some difficulty and at times things can certainly get a little messy. No one ever said ending prohibition was going to be quick and painless.

As the movement evolves from the underground into a working industry there are bound to be some growing pains. Many people who have worked on this cause for decades are being overrun by folks who just showed up to reap the rewards. There is no shortage of people pushing the “next big thing” and embellishing who they are and what they have done to dig deeper into cannabis circles. The sharks smell blood in the water.

People’s lives are being fucked with and their businesses are being attacked to create competitive advantages for wannabe business moguls. We have moved beyond a place where the people in this movement are here because they love cannabis….many do not. A lot of the folks we see coming on board as of late are people who like money and could give a shit about your weed, or how we got here beyond how they can profit from our hard work.

In this environment there is no real camaraderie. There is no trust and loyalty. It is all business; and in business the rules are a lot different. Personal and ethical responsibility to the cannabis plant go out the window. Business is about one thing…money. How much of it can we make to satisfy our investors? That is the only question. Nothing else matters.

So are we surprised to see clashes and situations where tempers boil over? Is it really surprising to think that when the buzzards begin circling overhead that we might want to take a shot or two at them before they swoop down and pick the carcass of our movement dry? Or in the name of “unity” should we all just bend over and take it like good soldiers for the cause?

I can assure you I will never bend over willingly.

One of the greatest, and one of the worst, things about this movement is that the people who make it up for the most part are non-confrontational hard-working folks. Weed brings out the best in people, and some find the soothing nature of the plant a pathway to passiveness and a desire for peace and love. Many people in this movement cringe at the first sign of conflict or trouble, and just beg for it all to go way. Many would rather let the predators have their way instead of doing the hard work of confronting and exposing them.

There is no question that this is a messy process. In order to confront those who prey on our immature industry one must speak up and take on the fight. A lot of these power-hungry charlatans are well-funded and have bought off some influential people in the industry to do their bidding. It is certainly an uphill battle….but a worthy one nonetheless.

Cannabis legalization and acceptance is happening rapidly. It is hard to really grasp and comprehend what we are seeing here. Progress is coming faster and harder than anyone wants to believe, and the folks looking to cash in know it. We have a choice as a community. We can stand back and let these folks rule the day in order to preserve some false sense of security through “not rocking the boat.” Or we can decide to take the task head on and demand more from the people who want to stand next to us and be a part of our “movement/industry.”

The second choice is difficult and often messy; but in the end, if we can stand our ground enough we may give birth to one of the most historic developments in business history; and create an industry that has a fucking conscience, and which respects the history of where we came from. A lot of people have lost their lives, their freedom, and their standing in the community fighting the evils of prohibition. It would be extremely disheartening to see all of those people’s hard work and sacrifice be traded in for just another cut-throat industry where profits overcome quality and dedication.

We can decide if we want to sit down and shut up, or if we want to stand and fight. I choose the latter. If watching these battles is just too much for you to bear, then I apologize. In the end, maybe you will thank me though, if all goes according to plan. Selah.

One thought on “Progress is always difficult and often messy…”