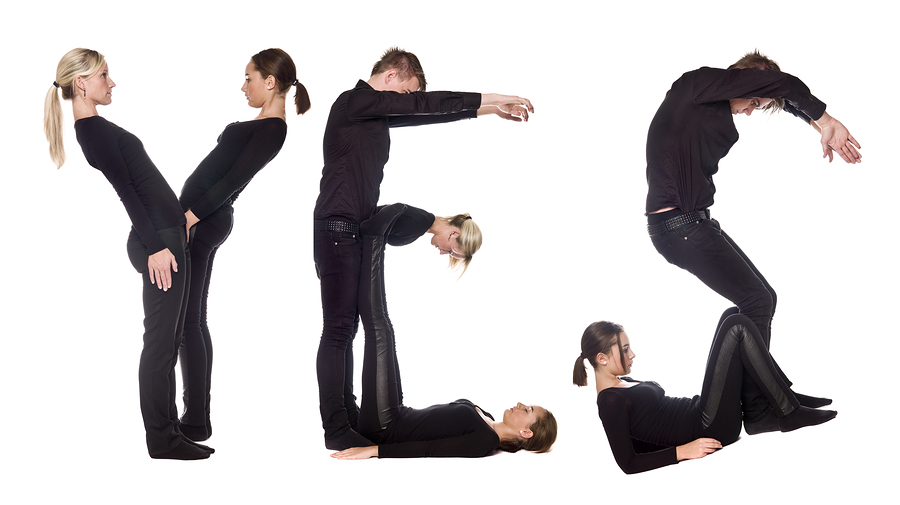 The weed industry has to learn when to say “Yes” every once in a while.

While there are plenty of real battles to fight on the weed industry horizon as we come out of the darkness that is prohibition, it does not serve us well to simply reject any and every proposal that is put forth to regulate the industry. At some point, we too will have to compromise some of our desires and hopes for reality and regulation. It is a natural progression. We cannot be Tea Party Republicans willing to politically sabotage any and all efforts based on some idealistic notion that weed should be some magical industry regulated by unicorn riding stoners. It is not gonna happen.

Marijuana will be regulated in our society, and one day soon. So we may as well begin to figure out where we really want to draw our lines in the sand. As Colorado and Washington develop and debate the issue of how to regulate an adult use cannabis market, we can see how there is a knee-jerk reaction to over-regulate and create rules and boundaries that are completely unnecessary. Like how Washington State wrote their terrible initiative to only allow state run cannabis providers and not allow for people to grow their own….or the disastrous and unnecessary DUI provision. We see the Colorado committee charged with developing regulatory recommendations making all sorts of weird rules, like child proof edible packaging and limitations on THC content in products. This is all a product of some in our industry, and some in public office, trying to solve problems that do not really exist. There is a lot of imagined issues being addressed that will likely disappear as cannabis becomes a part of our society once again.

But, admittedly, it seems that Colorado’s regulatory model for medical cannabis has faced far less interference from the Feds than California’s unregulated industry….so what is not having your door kicked in or your property forfeited worth to us? I know a lot of producers in Colorado who, while it is a hassle to do the paperwork and play by the rules, seem to be mostly happy with their industry there…even with its overburdensome regulations. Is it perfect? No. But is it at least a working model where cannabis businesses can thrive because they know the boundaries and are afforded certain protections by the state? Yup…

In California right now, there is a proposal being put forth in the Legislature to allow the CA Department of Alcoholic Beverage Control to regulate the industry here. I have been ultimately surprised at how many in the community have automatically rejected this proposition and who have accused the ultimately pro-weed super progressive Tom Ammiano of being some turncoat asshole who is out to get us. How did this happen? And what the hell are people so scared of?

The reality is that we will likely see some sort of regulatory model come down in California sooner than later. There is just too much political pressure on both sides of the issue, and an ever growing call for a more defined industry so that we all can know the rules a little better.

The CA Department of Alcoholic Beverage Control are no angels. They are a regulatory agency with a lot of power, and with any power there is certainly going to be some abuse of that power; and some level of corruption. But the thing about ABC is that they have a licensing scheme in place that can transfer pretty easily to this industry, and there is no shortage of booze licenses in California. In fact, the number of licenses issues has grown by almost 20% in the last decade, as there were 70,000 licenses issued in 2001 and over 85,000 issued today. From where I am sitting, the booze industry is pretty loosely regulated and fairly easy to get a license in.

So what are we scared of? Why are many activists and prominent activists rejecting this proposal outright? Is it perfect? No. Could it be a lot worse? For sure.

Developing a new regulatory entity will result in far more burdensome regulations than if ABC transfered their licensing role to this industry IMO. A new model based in the Department of Consumer Affairs, as was proposed in AB2312 last year would have likely resulted in far more restrictive guidelines that ABC would ever put forth. Why? Because when a regulatory agency builds something from scratch they usually go WAY overboard, as we have seen in Colorado, or in a number of local ordinances across the state.  Why we would want to subject ourselves to that is beyond me. At least with ABC we can see how their program plays out in real life…..and to me, the booze model is not such a bad model to be regulated like. In fact, I think it is a good model…like I said, booze are everywhere and very loosely regulated for the most part.

But for reals, I just think there is a constituency of this industry that just has no idea how to say “Yes.” That is very sad to me. At some point, we have to grow up and find our seat at the table. Does it make sense to oppose and fight the ABC model in favor of creating some unknown stacked Board in a department that does not regulate anything in hopes that they will create rules that are more livable? More livable than booze regulations? That is a pipe dream.

I would hope that our industry can wake up and understand that shit will change, and that we should learn to take a decent offer when we see it.

We will not get everything we want in any negotiation going forward, but it does not bode well for us to reject anything and everything put forth. We must know when to cut the mustard and accept something before we reject everything and what comes down is far more harsh than what could have been.  We need to figure out what in the hell we ARE willing to say YES to…