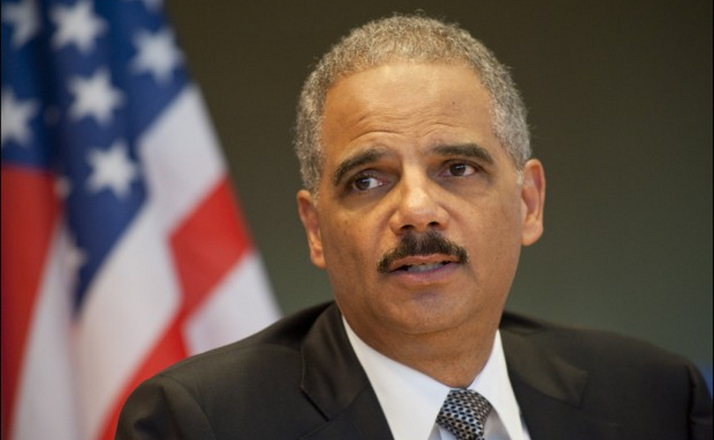 A DISCUSSION WITH ERIC HOLDER DECEMBER 11, 2012

NINA TOTENBERG: I am a reporter, so I have to ask you a question in a way that I hope you’ll engage with me a little bit, and that is the question of the two states that have now legalized pot. What are the options for how to handle this, from the federal perspective, since possession of marijuana, trafficking in marijuana, even in the smallest amounts, is still a felony under federal law? So what are the options for the way to treat this?

ERIC HOLDER: Well, I think we have to look at the statutes and we have to decide what it is we want to do with them, and that is currently under review. I had a meeting today in my conference room as we looked at the two statutes. Yes, there’s a tension there between federal law and these state laws. But that’s also true with regard to the way in which we have allowed states that have passed medical marijuana statutes to allow that to occur. We have limited resources in the federal government, and we have to decide how we’re going to use those limited
criminal resources. I think we’ll come up with a policy that will be respective of federal law, but also make sure that we are effective in our fight against crime that truly has an impact on the American people. I would expect that the policy pronouncement that we’re going to make will be done relatively soon.

ERIC HOLDER: She is a reporter. Relatively soon. [laughter]

NINA TOTENBERG: In your vocabulary, does relative mean a month or less?

ERIC HOLDER: There are a number of ways in which we have to look at this. The United States, the federal government can’t force a state to criminalize something. So decriminalization has to be viewed with one set of eyes. The structure that might be put in place to take advantage of the sale of marijuana has to be viewed, I think, with another set of eyes. I think we’re going to have to try to determine, with the sets of eyes that we have, what the policy pronouncement we’re going to make with regard to those two components of these new laws.