Steve Kubby reports that Dennis Peron has decided to end his campaign against Proposition 19. Does that means he is on board? Change of heart? Will be teaching at Oaksterdam again? All or any of these would be great news. It is time to join together and push 19 over the edge to victory in November. 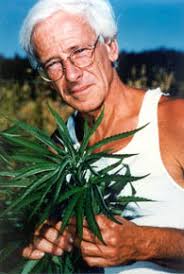 A message from Steve Kubby:

I’ve asked Dennis Peron to cease his criticism of Prop. 19 and he has agreed.  Dennis gave me permission to make a public announcement, but I have also asked him to draft his own announcement as well.

This should not minimize the validity and importance of the issues raised by Dennis, but should be viewed as a recognition by Dennis that it is time to build unity within our cannabis community.  I respect Dennis even more than ever, for taking the high road, as we go into the final three months of this campaign.

Finally, I would like to again acknowledge Dennis Peron for his extraordinary leadership and vision.  Indeed, I do not believemedical marijuana would be legal in any state, if it were not for his leadership and courage.

Those who might want to personally thank Dennis can reach him at <castrocastle@gmail.com>.

UPDATE: KC Kimber reports he just got off the phone with Dennis who said he was not ending his crusade. We still await confirmation from Peron…

UPDATE cont: What exactly was said by Dennis to KC Kimber: “Dennis said to me, and I suggest you call and verify for yourself. He doesn’t want 19 to lose by too much so he is done actively campaigning against it. Campaigning being the keyword.” via Facebook.