CW: Chris Conrad clarifies the argument. You might say the simplified edition….

After I sent that I found a few typos that are fixed below.

Many people have been concerned and upset to read an analysis of Prop 19 that is purportedly authored by a person with no record of activism within the cannabis movement. Dragonfly is good at writing convincing fiction, but her analysis is basically a series of lies that she rotates and builds one upon the other. Once you see that almost nothing she says is true, you realize that her fancy fiction is designed to keep prohibition in place for decades to come. 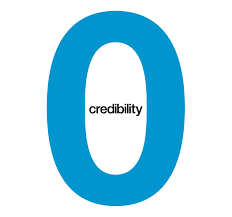 I am hoping someone will forward this to Dragonfly-liar to find out where is she getting her false information and get her to publish a full retraction and apology to the campaign.

Please forward and post everywhere that you find reference to her made-up claims.

We demand that Dragonfly publicly retract her lies, apologize to the campaign and all the people she has misled, and try to undo the damage she has done. 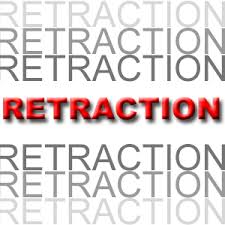 I went through her attack and picked out 18 random lies, not to point them all but just to make the point that there are more than 18 lies in her 18 arguments, however, there are many, many more imbedded into her terrorist attack on the legalization movement.

These are the facts:

1) Prop 19 WILL legalize marijuana for use and cultivation by adults over age 21.

2) Prop 19 does NOT create any new felonies or misdemeanors, it only adjusts the penalty for one misdemeanor to parallel the alcohol laws.

3) Prop 19 DOES eliminate three misdemeanors and at least one felony.

4) Prop 19 DOES preserve Prop 215 and SB 420 intact and states it several times in the purposes and reinforces that fact in the ballot argument. 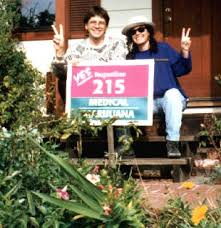 (This is the 3rd pic listed if you Google Prop. 215 under images. Chris Conrad and the lovely Mikki Norris. Believe Chris would never sign on to something that would destroy his work thus far.)

6) It is NOT currently legal to smoke bong hits in the park with teenagers and Prop 19 does not make it legal to do so, it leaves the current law intact.

7) It is NOT currently legal to smoke around minors and Prop 19 does not make it illegal to do so, it leaves the current law intact.

9) There are NO corporate favors over citizens, in fact the word corporation is not even in the initiative.

10) Prop 19 was NOT intended to “end the drug war,” it is intended to legalize adult cannabis.

11) People DO get arrested for marijuana every day in California.

13) Blacks and latinos ARE indeed targeted by police.

14) Personal cultivation, use and sharing of cannabis would NOT be taxed under Prop 19.

15) Parents smoking around their children will NOT be an arrestable offense under the initiative, it would remain a misdemeanor possession charge with a $100 fine — the same as now.

17)  This is not a tax initiative that can be directed to health care or police or anything else, that would require a 2/3 vote to pass it. This is an initiative that legalizes small amounts for adult possession and cultivation and allows local COMMUNITIES to tax and regulate marijuana the way they do other legal commodities.

18) The price of marijuana WILL drop after Prop 19 passes, that’s why so many drug dealers don’t like it. The Rand Corporationsays to $30 per ounce, but most people think that good bud will go for around $100 per ounce.

Furthermore, it’s not stoners who oppose this, it’s dealers and narcs and confused people. Most stoners support Prop 19, only a small percentage have been misled by her lies. Marc Emery supports the initiative, as do I and most of the credible activists in the movement. Jack Herer is not against the campaign, he died before it got fully under way. No one knows what he would be saying now, so it would be to stop speaking in his name. Dennis Peron is its main opponent within the movement and as Jack Herer always used to say, “Dennis doesn’t want marijuana legalized.” Dennis opposed Jack Herer’s initiatives. He opposed SB 420 that legalized collectives and dispensaries. Many of Dragonfly’s lies are drawn directly from Peron’s mistakes and distortions.

No one said the initiative could not be improved, but stop lying Dragonfly, whoever you are.