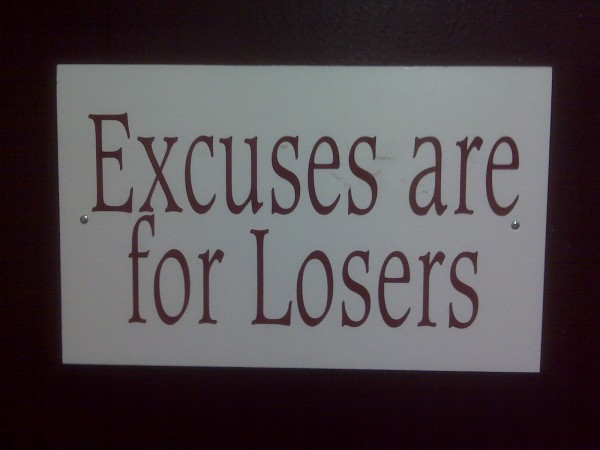 I was invited to attend a meeting last night in California regarding an effort to put forth a “California Super Initiative,” in the future. It was a meeting of many prominent California reformers and reform group representatives. It was also an interesting group of mostly familiar faces who have decided to form a coalition to move forward on legalization efforts in California. It all sounds groovy so far, right?

What was puzzling is not always who is on the guest list, but also who is not. I am aware of many people that are working on this issue who were, for one reason or another, not included in this process.

As I sat down for the meeting, I understood the challenges. I have been a rather prominent fixture in cannabis reform circles for a minute now, and I know firsthand the personalities and stark differences that challenge the cannabis community. There is the old guard and the new guard. There are the radical and the cautious. There are the arrogant and the humble. The haves and the have nots. And then there is me….

I have often searched for my place in this movement, and have struggled to come to terms with the fact that maybe there is no “place” for me. I do not belong to any of the cannabis tribes, and have taken many positions that have put me at odds with those who are also my allies. I am no stranger to conflict in the cannabis industry. I have always been fine with standing alone in opposition and speaking my mind.

Even if you are a minority of one, the truth is the truth.

A ‘No’ uttered from the deepest conviction is better than a ‘Yes’ merely uttered to please, or worse, to avoid trouble.

The room was abuzz with excitement of cannabis and the hopes that California can become the next Colorado, and to a lesser extent Washington State. Everyone sees the writing on the wall and knows it is not a matter of if, but a matter of when weed will be legal for adult use in California and the Nation.

Libertarian Party Vice Presidential Candidate, Judge James Gray, lead the conversation with a call for commitment from the group. His effort to rally the troops was noble and Judge Gray is a very likable person. Enthusiastically people began to express their support and commitment to “unity.” Judge Gray committed to following through with whatever the group brought forth, and asked for a show of hands from everyone who would also make that commitment. Most in the room were on board. Super…

But then came a more detailed and robust discussion about the specifics of the effort. The debate over 2014 or 2016 ensued, as folks tried to figure out when the best time might be to put a “super initiative” on the ballot. There was a discussion at first about how 2014 could work; but that discussion faded into a chorus of excuses about how it would be impossible.

“The funders will not go for it. We cannot afford to lose again. We could not get the language together by next August. We need to do a medical initiative first.” And on and on it went…..as one person after another came up with a reason why we could NOT legalize cannabis in California in 2014.

I cannot remember feeling more defeated and disturbed in a long time. The thought of waiting another 4 years to put forth an initiative in California makes me literally want to cry. I came to terms with the debacle of 2012, and have moved on. I am inspired by the effort in Colorado, and was more hopeful that our community could pull it together in California by 2014.

Maybe they still can, but for all accounts, it seemed the majority of the reformers were leaning towards 2016. For me….I cannot even begin to think about weed being illegal still in another four years. That is just nuts to me.

It is a position that lacks courage, but more so, it lacks integrity. The thought that we have given up on legalization in California for the 2014 election in 2012 is insanity.

Admittedly I had to excuse myself from the meeting early from a mild panic attack, and missed the last hour of the festivities. Maybe they came around and have decided to pursue sound strategies for an initiative in 2014; but upon my exit there was still a lot of head shaking and choreographed disbelief when anyone mentioned the thought of a 2014 voter initiative.  I could not wrap my head around it.

Here we are with more momentum than we have ever had in our collective lives; and the plan is to wait 4 years? HUH? Did I miss something? Colorado won with 55% of the vote. That is not just because of the Presidential Election year. That is because in 2010 Richard Lee had the courage to put Prop. 19 on the ballot, and CHANGED THE DEBATE on adult use legalization.

The past two and a half years have been a barrage of media coverage and positive sentiment towards legalizing weed. There has been no shortage of people standing up and calling for an end to these disastrous policies. We have seen a sea change in the way people discuss marijuana in our society. The walls of prohibition are crumbling around us…..but sure, let’s wait until 2016 to make any real efforts towards change. Weird.

Some have called me an idealist. I am okay with that.

As the world passes our movement by, and I see people who I respect parroting the wishes of the cannabis rich and famous, I cannot help but feel like I am on a different planet. An alternate reality, where people refuse to recognize the obvious and acknowledge the truth. Where people have shrouded themselves in what they want to hear, and what they believe, so much that they have become blind and deaf to the world around them. It is frustrating.

As I walked out of the room, I began to wonder if I would ever be back; or if I ever could be a part of a coalition. Maybe I was doomed to an independent existence that would not be deterred by group think.

I understood that I would likely not be a part of this coalition, at least…..and I was okay with that.

I can tell you for sure there will NOT be a 2016 initiative. I just do not see it.

If you have no idea how long 4 years is, look at it in terms of Facebook. In 2008, Facebook only had 100 million users- today it has well over a billion and has a presence on nearly every website in the world. In 2008, MySpace was the most popular social media site. You were probably rocking an iPhone 3G or had no idea what a smart phone even was.

So forgive me if I am a little weary of committing to an initiative four years from now. I will commit to 2016 no sooner than November 15, 2014. For now, I am still holding out hope for 2014; or better yet….an entire collapse of the laws against weed and a real restructuring of how we do policing in this country in regards to drugs.

I do not see our society allowing this charade to go on for another four years. The drums of freedom are beating too loud to ignore. We are at a great moment in history and a zeitgeist for weed.

So to those who want to continue to promote continuing down the medical path for another few years while we patiently wait for the presidential election, all I can say is “Good Luck With All That.”  You wanna talk “writing on the wall” for a while?….when will people ever get serious?

I am going to say this once, and once only…..after adult use passes 95% of cannabis users will suddenly get better. I just do not see everyone going to the doctor unless their is an incentive in the form of extra plant numbers allowed, or less taxes paid. Someone even said last night, the 18-20 year-old kids will still be medical…..great. Glad to know that is your target audience.

You can be mad at me for saying it if you want. But the fact that when a lot of folks fail to recognize certain realities that we face, it is hard to have serious discussions about plans and strategies in that context. If we are going to continue to play the “there is nothing to see here” game, I do not have a lot of time and energy for that.

The best phrase I heard last night was from an great activist who said “There will always be an excuse to wait.” Well, from where I was sitting, it seemed like there was a million of them.

I cannot thrive in an environment that I do not understand. I apologize to the group for wasting their time. I wish them well in their collective and unified efforts. To me….Excuses suck.