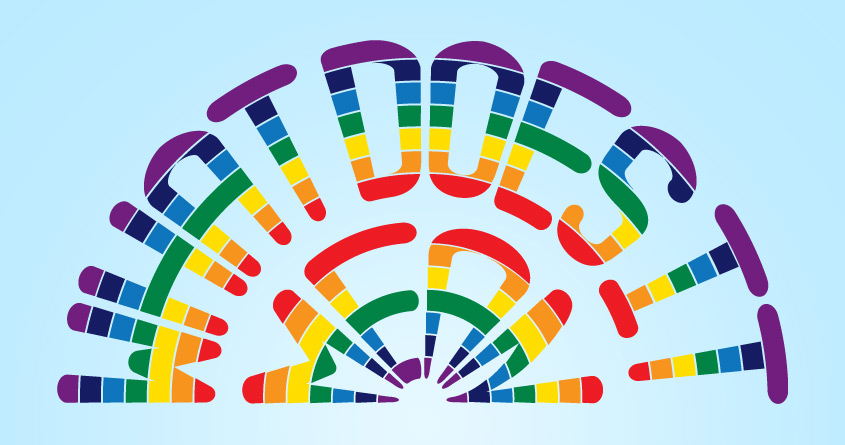 There are all sorts of weird extremes in this issue. Some think weed should be treated like tomatoes. Grow all you want, whenever you want, wherever you want. Others think just decriminalization, while still keeping fines and penalties for weed, is the answer to avoiding the big corporate takeover. There are also those who believe firmly in the tax, regulate, and control mantra. Some think that weed should be less strict than booze; some believe more. Many think it should be the exact same as booze.

The answer lies somewhere in the middle of all of those positions.

What is clear is that our society is awakening to the fact that we can no longer keep going down the road of forced prohibition and mass incarceration of our own people. It is not working, and it is far too costly to continue on this path with zero results to show for it.

Weed is everywhere. I am pretty sure anyone in America who wants weed right now can easily get it, if they put their mind to it. That includes most teens and young adults because the current “illegal” distribution system has no regulations in place, or limits on age. It is a free for all.

We left weed all over the place, called it illegal, and have locked up millions of people for using it, growing it, and selling it. This campaign to destroy poor and minority communities has resulted in overwhelming disaster.

So now that we are seeing our society demand social change where weed is concerned, how do we square that with the current landscape? Where does weed fit in our culture and norms?

Weed is an inebriant. It can cause a change in consciousness and emotion. For most people this is a positive change that relaxes, soothes, and enhances their life experiences. The substance is also known to make people giggly, hungry, and more interested (and maybe even interesting). Unlike booze, which is known to cause violence and loss of control, weed is a thought to be a more mellow and cerebral experience.

Weed is not great for everyone. There are those who it makes paranoid and/or uncomfortable. Many people experience a more euphoric experience than is good for them. Just like with anything, it does not work for some people and excess amounts can be harmful to an extent.

Unlike with moth substances though, weed cannot kill you if you take too much. It can make you wish you were dead though if you get a hold of a brownie that is way too strong.

Some will argue that the intoxicating effects of cannabis are minimal, and for some people they actually are more “normal” when using cannabis than when not, often because of a medical condition or being overly-anxious. Weed can help some feel less socially awkward, and helps them to expand their horizons. While it may not physically impair many people, weed can still be a powerful substance that can interfere with a person’s ability to function. For that reason, it has to be treated as an inebriant, and like booze, prescription drugs, and tobacco, there will likely be some level of regulation that will be stricter than a tomato.

The coffee model is a possible option. While there is no age limit on coffee, it is generally frowned upon to buy you 5-year-old kid a latte. But people do do it. There are not limitations on growing coffee beans, technically, but it only grows in certain climates and not many in the US outside of Hawaii. There will always be regulations on commercially produced and distributed products meant for human consumption. The FDA is very active in the regulation of coffee beans, actually. Caffeine is curious because it is a stimulant that is generally associated with more awareness and being alert.; although I have had some Americanos that have sent me into a frenzy of anxiety and panic before, for sure. The reality is that because of the effects associated with weed it will likely be more strictly regulated than coffee; but the industry model is an interesting one to think about.

Because of the long lie of cannabis prohibition, we have a lot of myths and bullshit to overcome to create a better understanding of cannabis and its effects on people. The good news is that most of the younger generations have either tried weed, or have a friend or family member who is a weedhead that they still adore. The myths are dying as generations pass, but we must do a better job of vocalizing our message and educating folks, if we hope to have a somewhat level playing field for weed in society.

Otherwise, we should not be surprised when the regulations we see for weed are overly-burdensome and taxing. There will be a very strong effort to say, “Well, you can have legal weed, but you have to jump through these one million hoops to get it.”

We see some of this coming from within our own community too, as folks roll out plans and ideas that seem like prohibitionists wrote it themselves. Usually it is an attempt to gain support from sectors of the community that will likely never support cannabis. In the meantime, we undermine our own message that cannabis is safe, enjoyable and helpful by agreeing to regulatory terms that make it seem unsafe and dangerous.

The reality is that cannabis is not entirely benign by any means, but there is no reason it needs to be kept in a locked vault with armed guards and only people who know the secret password should be able to get to it.

Some of the major factors that go into regulating a substance like cannabis are: quality assurance (production, processing, packaging, and handling); age limitations; driving limits; consumer access; and licensing parameters. It is a complex web of possibilities, which are endless really.

It is our job, as weedheads who will certainly be the most affected by any new changes in the law and regulations for the industry, to create an acceptance for cannabis in this transition period based on real life experiences and communicating our desire to be treated equally to every one else in society. People who smoke pot have been ostracized and made to feel like criminals for too long. We must make the case that we are good people and upstanding citizens that deserve to be treated fairly and respectfully.

We should be weary of too much compromise with those who have created the myth of the drug war, and who have profited from the destruction of communities in the name of these failed policies. A willingness to agree that cannabis is dangerous and must be heavily regulated in a trade for the allowance of it in our society is absurd.

While we will certainly not get the free-for-all tomato model that seems to be the most freedom filled idea, we should also not give up our right to cultivate our own cannabis; and should not agree to be limited in choice and free market enterprise. We should be ready to demand that we AT LEAST be treated just like booze, where people can access a variety of options very regularly in many different ways (bars, stores, events, etc.). There must be an entertainment and social component allowed too, like bars and nightclubs who sell booze by the bucket. Should cannabis be sold at any store like booze, or should specialty stores be required? Who knows?

Will we see regulations more lax than booze? Not likely. At least not initially. Why? Because our opposition has done a great job in selling us a bag of crap that weed is dangerous and that it will ruin our lives. So chances are a knee-jerk response will include some over-regulation.

The best thing we can do to combat that is to share our stories. Making real connections with people about why weed is NOT dangerous, and is actually very helpful, can change the game. The same way gay people being willing to stand up and demand that their love be respected changed the way our society views LGBT issues, we too should stand up and be accounted for.

“I am a weedhead, and I am a good person.” That is a powerful statement.

The most interesting parallel I have heard was from a friend who I was philosophizing about the future of with in Colorado in December. He compared cannabis flowers to beer, water hash and solventless extracts to wine, and your BHO and super-critical extraction products to liquor.

It was enlightening to envision, as it makes perfect sense.

Anyone can brew their own beer and make some wine for their personal consumption. If you want to sell that commercially you need licensing and you pay taxes on your business income. But people cannot distill their own spirits at home without licensing and use permits. Why? Not because anyone gives a shit if you make whiskey, but they do not want you to blow up your neighborhood. That is a lot like BHO production. There are certain dangers that must be taken into consideration for public safety reasons.

I can tell you one thing real adult use legalization DOES mean. It means the cops will quit searching your house, car, and/or person because they smell weed. Think about that for a minute. Then think about people not losing their job, or their kids, or their standing in the community. Then really think about people not going to jail for 5-10-20 years for some weed. THAT IS WHAT I AM TALKING ABOUT! Freedom…..

As we speak, the cannabis elite and their Daddy Warbucks donors are plotting their victory laps. Some are plotting their alliances with big business and titans of industry. Others are writing their memoirs already. But not many are solely focused on what is best for the average weedhead on the street. I can assure you that they do not have your personal struggle in mind, as they play the game of reform like it was Uno- Skip. Draw Four for you. Reverse. Skip again. Draw two. Blue 3. etc.

That is all fine and dandy, but like any slimy politico, even the cannabis reform politicos are beholden to the court of public opinion. Pressure from the masses will always trump bullshit.

It is yet to be seen if enough people whose lives will be affected by these laws will stand up in time to ensure our voice is heard. Be an active and vocal part of the process. The end result could be something we are all forced to live with for a very long time. Do not leave that up to the idiots….