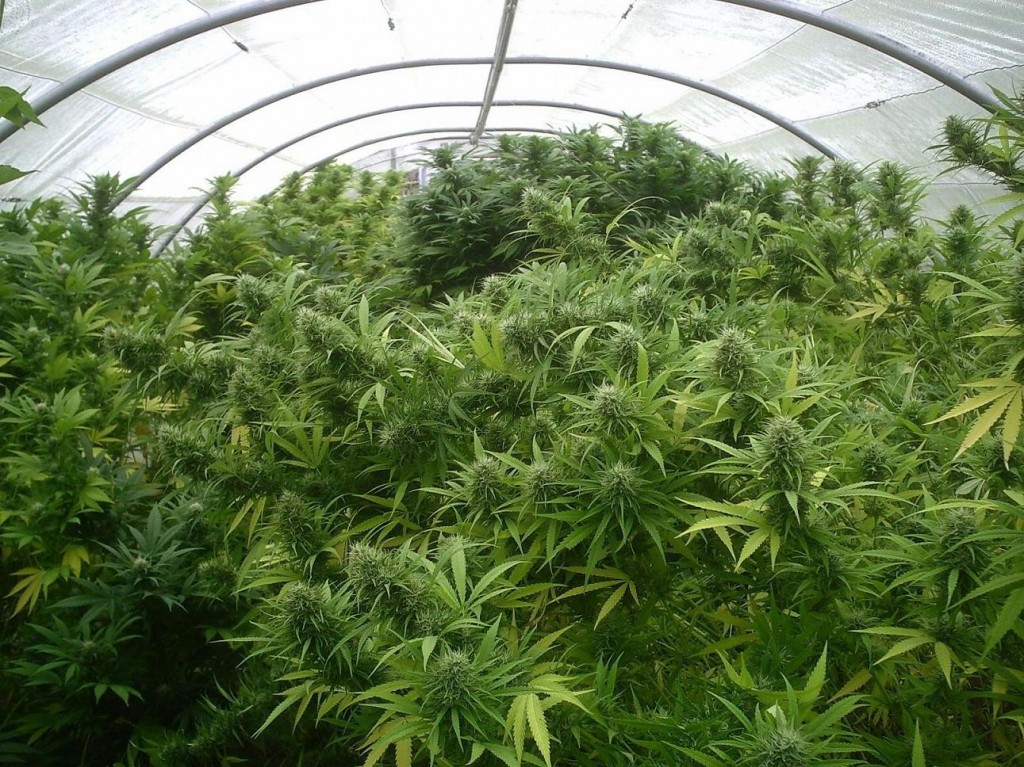 Weed will be legal for adults to use as they please soon enough. (#weedlegalbysummer)

One of the big fears I hear in the community is the “takeover of the cannabis market by big corporations.” There is usually a Monsanto reference or two in there, and usually the folks that are worried ponder if decriminalization is not a better option. So let me be clear on that point. It is not.

Decriminalizing cannabis does nothing to return cannabis to its rightful place as a safe, enjoyable, and helpful plant in our society. Settling for a decriminalized model still means weedheads are lesser people in the community. It still means cops can harass you because they smell weed. It means fines and civil penalties (including asset forfeiture) for those who choose to participate in the trade. It means people still being drug tested and losing their jobs, or kids, or standing in the community. All of that is unacceptable; and for what? To keep some nostalgic and romantic version of the outlaw environment and culture, a little higher prices, and to not turn over control of the industry to some large corporation?

For the record, there are some fairly large corporations that sell weed in the industry already. I mean, Harborside’s well-publicized $20 million plus a year in revenues and one hundred employees are hardly a mom and pop operation. Nor should they be. The reality is that in order to provide a large amount of goods to a growing population of people, it is going to take some big business know-how and fortitude to create and operate an infrastructure capable of providing good-old American grown weed products all over the globe. I do not think that the average weed grower and person who works in the industry understands the VAST untapped weed market that is currently being served by Mexican brick weed and the hay that gets shipped out of state.

Here is one thing that a legalized weed market will change….YOU WILL NOT BE ABLE TO SELL BAD WEED FOR TOO MUCH MONEY ANYMORE. Sorry….you will have to step your game up to compete in the marketplace; but we already see these free market principles happening in states with robust cannabis markets (which is why the hay gets shipped out of state). Weed is like $20-$25 and eighth in Denver due to the saturated marketplace there. Yet because a lot of the product is vertical, meaning the manufacturer is also the retailer, the margins still exist to allow most dispensaries there to make a living. But stores have closed there who could not compete, and products that are no good do not get bought. Pretty simple…grow better weed, or find a new gig.

The reality is that there will be large companies and corporations that enter the cannabis market. I do not see it being the end of the world. During the Prop. 19 debate I was chatting with Spearhead’s Michael Franti online about this issue, and he had some great insight. He stated that while there likely would be a corporatized cannabis market, that just like the foods he buys, there will also be organic small farmers, and small batch producers from which people can purchase their cannabis. He called it a personal choice issue, and one that we all face in almost every purchase of any commodity on the planet. There are cheaper, lower quality, mass produced options for nearly everything; and there are also higher quality, crafted, and independent choices available. There are evil corporations, and there are conscious corporations that are good stewards of their community. While corporate America leaves a lot to be desired on many fronts, there is a place for corporations in our society.

I mean, I cannot make my own car. As much as I would like to think I can, it is just not feasible. Is it impossible? No. Is it likely that a car I tried to make myself would be terrible because I do not have the proper equipment, labor force, resources, or intellectual knowledge to do it correctly? Yup. My car would suck big time. So it is easy to see how in order to feed the demand for consumer products and commodities, it often takes a large corporation to provide the needed infrastructure and mechanism to get the products to market to meet the demand.

Weed is not different. Let’s look at some numbers. It is estimated that about 9-10% of the population smokes weed regularly. That number is probably higher, since it is hard to get people to admit to criminal activity in polling, as well as the folks who may occasionally take a drag off their friend’s joint every once in a while, as well as the folks who may not consider themselves a “regular” user. Now the current market in states with medical cannabis access show that about 1-2% of the population qualify for medical cannabis in states where registration is mandatory. So what we can gather is that even in states with a great deal of medical cannabis access, there is still a HUGE untapped weed market. Only about one in five weedheads participate directly in the medical cannabis programs available. Obviously in states where there is no medical cannabis, or where the laws do not allow for dispensaries or access points, there is a much larger secondary black market that is fueling consumption. The point is that there are still A LOT of people in America getting their weed from less than stellar resources, and there is a lot of market potential for people who produce and sell weed. Add to that a percentage of the population will likely open up to using cannabis without the stigma or legal risks there are now, and you could see the market increase substantially.

There is no shortage of potential. Then add to that the possibility of a global supply chain, where places like Northern California lead the charge in product reputation, and you could see an incredible market growth potential. Do you have any idea how popular Budweiser is in Ireland? I didn’t either. But it just shows that when you open up a legalized global cannabis market, there will always be room for growth and prosperity for people who grow good weed, likely in places none of us ever imagined selling weed.

I like to compare the potential weed market to that of the wine industry, as it is easy to see how things correlate pretty easy. Now there are certainly big corporate wine making behemoths in the industry, and they provide products generally aimed at a lower price point, which lack in quality and taste. But the market is huge. There is a lot of money in the ghetto.

Two-Buck Chuck is a staple in many middle-class and low income houses, as it is a decent bottle of wine for an incredible value. It is likely not handcrafted in seasoned Oak barrels, or aged for years; but it is a great product for a person on a budget. But when that same person wants to celebrate a little, they might splurge for the $20 bottle of Stag’s Leap, or they may even go out to a big dinner and drop $300 on a bottle of Opus One. Now neither of these are a bad option. They are just choices that people make based on what they can afford, and what their preference priorities are. There is no wrong or right choice. I am sure the folks who have a job at the Two-Buck Chuck factory are just as happy as the people pulling the grapes for Stag’s Leap. And the reality is that our society NEEDS Two-Buck Chuck, or a lot of folks would not be able to have a casual bottle of wine, now and again.

So when I hear pot growers bellyache about their fears of being squeezed out of the market, I just do not get it. If you grow decent pot, and are not an asshole, you should be able to make a living in a legalized weed market. There will be more income to go around for everyone, and while prices will be lower for sure, it will be easier to grow and sell more to meet the difference. A lot of the major wine makers do not grow all of their own grapes. Often large corporate wine makers, like Mondavi, buy their grapes from a number of small batch grape farmers to make into products. This affords the farmer the ability to focus on his crop, rather than on trying to sell the crop in the marketplace. It is a symbiotic relationship that serves both purposes of filling the resources of the major corporation, while providing income to small batch independent farmers who are good at what they do. See how that could work?

But the one thing about cannabis is the established culture that has evolved as a result of prohibition. It is understandable that folks who have risked their lives and freedom to grow and sell weed would feel threatened by the possibility of “outsiders coming in an taking over.” Although, most of us were outsiders in this industry at one time or another. But in all reality, a lot of the culture will remain, and the folks who developed and created the beauty of that culture will likely be at the forefront of the evolution into a legalized and ordinary cannabis market. There will be winners and losers, and some folks will not make the cut; but overall, I firmly believe that those who have paid their dues will be rewarded in a legalized adult use cannabis market, and will be able to expand their horizons beyond their wildest dreams. It is easy to imagine a possible disaster, but can you imagine awesome success? If not, you should try to.

There is no reason that a corporate cannabis environment cannot possess and represent the morals, values, and conscious behavior that many see as synonymous with the cannabis movement. There are actually a lot of good corporations in the world that have found a way to balance the demands of the corporate shareholder needs and the moral and ethical values that we expect of our fellow humans, and their businesses. This is our market to win or lose, and believe that we have the ability to shape how our society views cannabis as it re-enters the mainstream and legal market. It is up to us to demand that cannabis corporations provide a higher standard of quality, and that they are conscious capitalists operating sustainably, and ethically. We can decide who succeeds and who fails by who we support, promote, and believe in. We can demand the balance that we want, and we can be the change we want to see in the world.

So put aside the boogie-man big bad wolf corporate Monsanto cannabis myth for a minute, and try to envision a legal cannabis market where we all do great, have awesome jobs, and nobody has to go to prison.

If you can figure out what that looks like, we can figure out how to get there. But weed will be legal soon, so it would be smart to get a head of the curve, and not resist adult use legalization; but embrace it and figure out where your place is in that market….because it IS coming.