It is silly season for cannabis prohibition. As the writing on the wall becomes more legible, and the end of cannabis prohibition becomes more imminent, we see a strange evolution in the posturing of many folks in the industry/movement. Because people see a light at the end of the tunnel, they have begun circling the wagons and aligning themselves for the next big thing. A lot of the collective consciousness that “we are all in this fight together” is disappearing, and being replaced with “every man for themselves” and “I am gonna gets mines” philosophies.

It is hard to figure out where activism ends and the sales pitch begins these days. So many people are “positioning” themselves for this new legal market that there is very little thought about how their actions and words affect this final push for cannabis freedom. Everyone wants to be a weed superstar, but most have simply not done the work. People are coming out of the woodwork to stake their claim as some “expert” in an industry, when really they were just selling shitty home loans before the market crashed, and needed a new revenue stream to sell their bullshit lies.

There is a lot of talk about “needing to work together” and “unity.” Do not fall for this line of thinking. 90% of the people who surround you in this movement would throw you under the nearest bus in a heartbeat to get ahead. The evolution from social movement to big business shenanigans is happening, whether you like it or not. It would serve you well to open your eyes and understand that the game has changed.

You are swimming in the shark tank and your good heart and caring nature will get eaten alive if you do not watch your back. No one gives a shit about your morals and principles if it is standing in the way of their stock scam. People could care less about what a good person you are if they can figure out how to make a buck off you, or destroy you to make room for their sales pitch. The kumbaya moment is over. Sorry…you missed it.  (It never really happened).

A lot of what we see now is people trying to get in on the next big thing and they are willing to bend truths and ignore morality to do that. They do not give a shit about you or cannabis….they care about money. They are here to gain market share and nothing else; and they could give a shit who gets trampled to get them that share.

But fear not…..the reality is that most of the assholes we see staking their claim in this moment in time will be nowhere to be seen in the long term market. They will either fail outright, or sell out at the first decent opportunity to come their way. There is no loyalty or dedication among this group. They will jump from one sucker’s opportunity to the next working to get their desired fortune. These are simply the first assholes up the hill so that they can catch all of the arrows. The big players are lying in wait for the dust to settle.

There are also still a lot of dedicated soldiers who love weed and are good people in the game. Not all is lost. But it will take some working together with good-natured people to compete with the large and unethical forces entering the market. There are plenty of talented folks and organizations that have done the hard work to get us to where we are. We can come together to organize effectively against these outside interests. We can defend the culture and honor the cannabis plant by learning to succeed in spite of the dumb shit.

There will be corruption and things are sure to get ugly. There is no avoiding that in an open and legal market, and it is not as if the black market has been completely ethical and upstanding. But there is a sense of common purpose among many who have lived the struggle and who have lost sleep over their work in this industry. The greatest thing about a market emerging from 40 years of being underground is that we still know how to operate in the underground if the legal market tries to fuck us. We hold the chips here. This is our game to lose. If the hucksters and charlatans take this industry from us it will be because we allowed them too.

There is an understanding throughout the industry about expected norms and unwritten rules. It is clear a lot of folks did not get the memo. But IF we make better choices, and help one another to succeed so we do not become beholden to these ethic-lacking interests, we can succeed and succeed big.

Cannabis prohibition is ending. Look around you. This thing is almost over and every asshole will surely jump in looking for their piece of the pie. Be a good judge of character. Understand that there will be money in this industry for talented and true people, and that it may be wiser to tough it out for the long haul than fall for the shiny trinkets being thrown around right now.

Be successful….but be successful in spite of the dumb shit; not because of it. 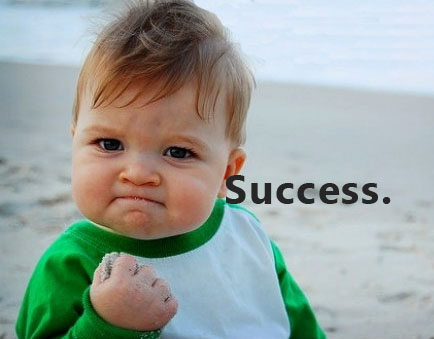