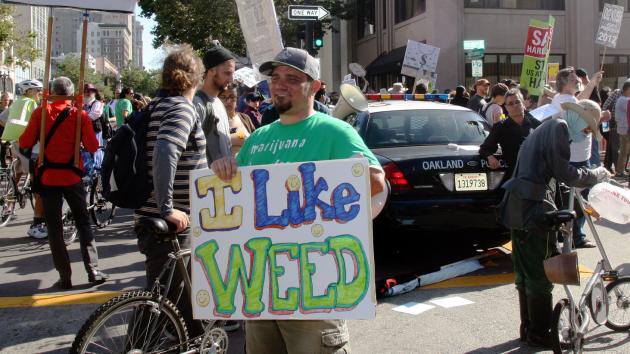 Ending cannabis prohibition can happen; and it can happen sooner than any of us think.

While we have seen great progress over the past months, there is still a lot of work to do to push this thing over the edge to its imminent death. The work begins with you and this simple message:

I LIKE WEED AND I AM A GOOD PERSON

If every person who enjoyed cannabis has the courage to stand up and be accounted for, we can end this thing. If we combat lies and misinformation with the real truth, that people like me and you like weed and we are good people who do not deserve to be treated like criminals or lesser citizens, we can end the madness.

Have that conversation. You will be surprised at the response.

Unfortunately, we live in a society that has spent the last four plus decades demonizing people who smoke weed, and more so, locking them up. A lot of people still live in that world. Many people have bought into the lies and automatically treat cannabis users like misfits and outlaws.

But when we stop them in their tracks and look them right in the eye and say “I LIKE WEED AND I AM A GOOD PERSON” they fold. They cannot argue with that. It is hard for a person to look another person in the eye and judge them for their weed use. People make broad generalizations, but when they have to equate their argument with a real person standing in front of them, they become cowards.

I do not care who it is. Talk to everyone. Let them know. We are here and we are not going anywhere. We do not deserve to have our car searched, or our kids taken, or lose our job, or be treated like lesser people for our choice to use weed. Tell your friends, family, the person in line at the grocery store, or even the moms on your kid’s soccer team….”I SMOKE WEED AND I AM A GOOD PERSON.” 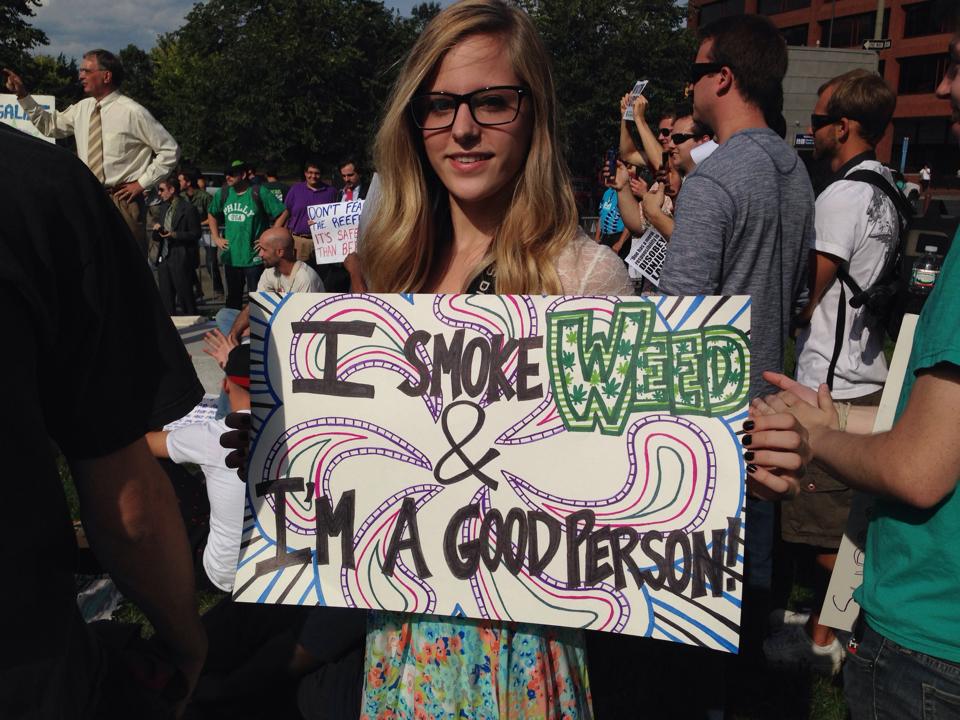 You will be amazed at the response.

Where we have failed is that we have allowed our fear of being treated differently, or arrested, to silence us. We have allowed the prohibitionists to run wild for so long with their tales of crime and addiction that we have lost the argument. When we do not stand up and call bullshit on these lies they fester and infect the dialogue of our population.

You hear it all the time….People are still wandering around talking about “the gateway theory” or painting stoners as “lazy and incompetent.” When the truth is WE ARE EVERYONE. We are your friends, neighbors, co-workers, and the person who makes your coffee in the morning. Most of us are extremely productive and GOOD PEOPLE.

You have nothing to be ashamed of ANY TIME EVER. If a person wants to think less of you because of your weed use then they are simply an inferior and misinformed human. It is sad, but it happens.

Most of these hypocrites are boozers who have no problem tying on an alcohol buzz and becoming a totally different person. They have been fooled into believing that since their drug of choice is legal that it is somehow better. What a bunch of idiots.

Alcohol kills people….LOTS of them. It causes people to neglect their relationships and make terrible decisions. It always amazes me when some half-drunk person begins talking about the evils of weed. That is when I look them in the eye and say “I like weed and I am a good person.” It causes them to reflect and think.

In fact, it is easy for me to see how the calm and relaxing feeling that cannabis provides me actually makes me a better person. It is easy for me to look a person in the eye with confidence and let them know that I demand respect as a weedhead.

The days of being scared and ashamed are over. It is time for us to stand up and shine. We are right and they are wrong. We like weed and we are good people. We will no longer be kicked around and treated like crap. Society is behind us. we are winning.

So do me a favor….Take the message far and wide. Have the courage to have the conversation. Be that voice of reason and use your personal identity to support the cause. People know you, and they like you. If they all knew good people like you smoked weed they would be less inclined to hold onto their antiquated views from yesterday.

It is simple…..Say these words to whoever will listen and watch the world change before your eyes. 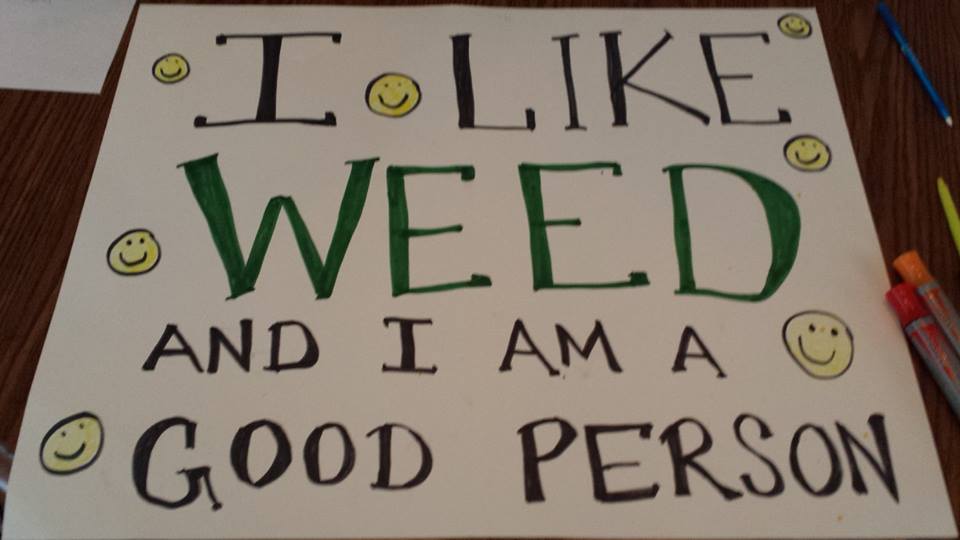 2 thoughts on “I like weed and I am a good person.”