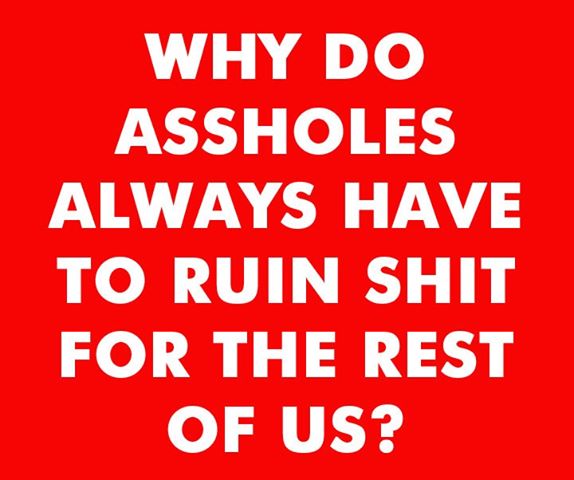 There is no shortage of idiots in this industry; and no shortage of idiotic egos who believe that they are some savior to cannabis because they are more “professional” and “educated” than the stupid potheads who have been ruining everything until they showed up. Excuse me while I barf.

The Independent UK ran a piece on Denver today, which was fine, until I got to the quote by the owner of River Rock Wellness, Norton Arbelaez, stating this:

When he first arrived, he recalls, “I looked around and said, ‘Wow, there’s a lot of bozos in this business’. At that point it was like the Wild West: people from California, Texas, all over the country, were just showing up and saying, ‘I once grew a couple of plants in my basement, I can do this’. But we were professional about it. We wanted to operate to a certain standard that Colorado hadn’t previously experienced.”

Yes. Where on earth would we be without the contribution of Norton Arbalaez? I mean, we were so very lost and everything was so terrible before he arrived on the scene to clean up the industry. God Bless him for coming to save us all.

But Arbalaez is not alone. He has just joined a host of other false prophets who would have an unsuspecting journalist believe that they were something knew and exciting. That it was their model (which they ripped off from others) that changed the game. That everyone else was a “bozo” before them and now…NOW WE WERE GOOD because this asshole showed up to show us how to do it right.

If dude was a real businessperson he would realize that the way he is approaching the market, and his revision of history, is just unappealing. If your model and business are successful enough there is no need for the hyperbole. It speaks for itself. You do not have to try and gain bonus points by trying to shit on everyone before you.

I have seen this story a million times and I hear it a lot coming out of Colorado, unfortunately. In a State that has the population of the West Side of Los Angeles, there is an awful lot of victory lapping and back-patting for what is a relatively new industry there. We are just beginning to see audits showing the severe flaws in the regulatory model, a lot like we saw flaws in California’s system being heavily covered in the press before the crackdown here.

I love Colorado. I am a part-time resident you might say. I was as excited as anyone when Amendment 64 passed, but I do not really get the “We’re #1” attitude that I hear out of the state at times. Let’s get one thing straight. California is, and will always be, the cannabis mecca. People will continue to sing rap songs about Cali weed, and we will continue to have a robust cannabis community here. There are more growers in California than you have patients in Colorado. It is not even the same ball game. So can we get past the who is better than who in cannabis battle? I love your work. Quit shitting on mine.

For all the shit talking done by people outside of California about our system here, let us be clear….every day in California nearly a million people have access to thousands of well-lit and clean dispensaries around the state. The model here promotes evolution, as every patient is allowed to be a part of the market, and not just a few big batch producers. This spurs innovation and competition. It allows for a greater pool of methods and techniques to be used to create products and plants that are amazing. The system here, while not rigidly controlled like CO (which is highly debatable and yet to be seen), is working. People have access to a hell of a lot of killer weed and weed accessories.

But California has always been, and will always be, known for its incredible cannabis community and industry. There are a lot of decades of work to put in before anyone else rivals the history and depth of the culture here. So before you do some press piece where you want to beat your chest about how awesome Colorado (or any other state for that matter) is, and how shitty California is, just save it. You are embarassing yourself again.

An attorney and supposed advocate of medical cannabis, John Morgan, had this to say just yesterday when boasting about how different Florida’s program would be:

He drew a distinction between his proposal and California’s widespread program, saying Florida’s is aimed at limited dispensing to medical doctors and linking the use to seriously ill Floridians who are battling cancer, ALS and other debilitating diseases.

“This would be what I would call the opposite of California,” Morgan said. “This is not a wink and a smile and psychologists prescribing marijuana. It’s much more regulated and it’s really for the terminally ill and chronically ill, not for somebody that’s having a bad hair day.”

Yeah, asshole. That is the same thing Colorado said before they passed their big laws and now they are lumped in with California. I had a chance to visit a presentation by Patrick Kennedy’s Project SAM the other day in Massachusetts, and he referred to the abuses in Colorado at least as much, if not more, than he did about California.

But where are the problems in California and/or Colorado? Where is the damage being done? I see the benefits. Building being rented. Jobs being created. Services being used. Money being spent….but where is the damage?

Where the hell are all these kids that are strung out on weed an unable to manage their lives as a result? Where are the dead bodies of people on the roads who have died from smoking their weed and driving? Where are the  torn apart families that everyone promised would happen if weed were available in stores? Where is it?

It is not there….because weed is safe and makes people feel better.

We have allowed prohibitionist zealots to sell us a bag of rocks disguised as regulation and control. We have seen a lot of unnecessary burden placed on the cannabis industry with little or no evidence of any real harm done. We are being taxed at alarming rates, forced to secure everything like banks, encouraged to waste money proving we are non-profit, and racing to the bottom to provide weed cheaper than the next guy. Sure…that is business; but the cannabis business is being unjustly singled out; and a lot of this crap is being put forth and supported by the sheeps in wolves clothing.

There are a lot of money-hungry, don’t-smoke-weed, just-sell-it wannabe business moguls poking their heads around the industry these days. God Bless them. They have a rude awakening coming. They are just the guppies clearing the way for the real big busniesses to crush them down the road.

Their lack of passion and understanding of how we got to where we are will be the death of them. Believe it will get uglier before it gets better, and it is always the asshoe who got into this for money, and not weed, who folds first when things get tough.

I will be here regardless. Will you?

So spare me the ego rhetoric and b-boy stance. I am cool on all that. If a company is out here trying to make it and sell weed in this quasi-legal environment then I support them; I wish them well. I have no interest in making my name off of other people’s mistakes or lack of ability. I will make my name by providing the highest quality products and service for the best value to people who I enjoy doing business with. The rest of it is all academic “he said-she said” bullshit.

But do me a favor…..the next time that journalist calls and wants you to say some bizarre ego shit to make their story more interesting, just shut up and stick to promoting yourself instead of tearing others down….or better yet, try promoting your products and services. That should keep you out of trouble. 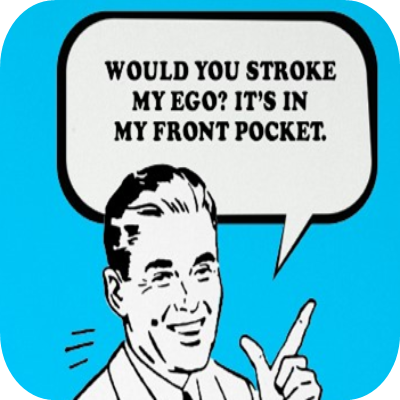