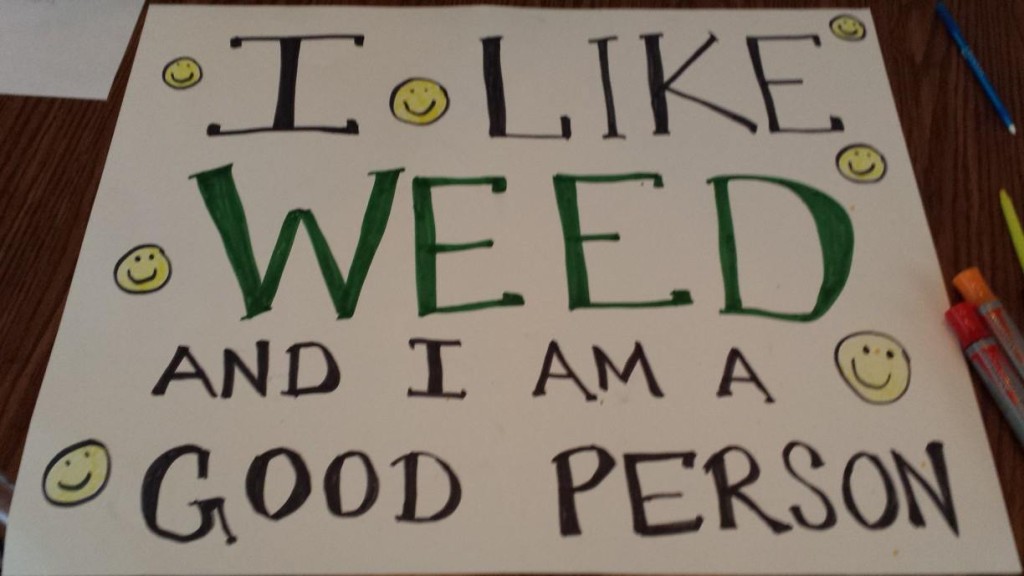 I was heartened to see television personality and part-time physician, Dr. Sanjay Gupta come out the other day and apologize for hips previous ill-conceived hyperbole about cannabis. His piece, “Why I changed my mind on weed,” has been making the rounds on social media and in the press.

Gupta had this to say about his previous stance on marijuana:

I had steadily reviewed the scientific literature on medical marijuana from the United States and thought it was fairly unimpressive. Reading these papers five years ago, it was hard to make a case for medicinal marijuana. I even wrote about this in a TIME magazine article, back in 2009, titled “Why I would Vote No on Pot.”

Well, I am here to apologize.

I apologize because I didn’t look hard enough, until now. I didn’t look far enough. I didn’t review papers from smaller labs in other countries doing some remarkable research, and I was too dismissive of the loud chorus of legitimate patients whose symptoms improved on cannabis.

I mean it is kind of offensive to think that you spewed your positions demonizing cannabis for so many years without “looking hard enough.” Not that you are the end all where doctors and research are concerned, but your very high profile position as a leading medical corespondent for a major news network does give you some ethical and moral responsibility to actually maybe “look harder” before using your bully pulpit to mislead the entire world.

How does a person take such a strong and definitive position on something without actually taking a good hard look at it? Especially when your position is resulting in an incredible level of mass incarceration and the loss of rights and standing for people who use cannabis?

How many other strong positions have you taken that you might have failed to take a hard look at too?

Maybe your positions are less health-based than they are based in your desire to be a TV star and appease the many drug companies who sponsor your show on CNN? Maybe your desire to be a vital mouthpiece for the Obama administration has skewed your ability to really see things for what they are? Maybe you are just a paid shill who lacks any integrity and are now changing your position to get on the right side of history before the world changes forever?

Who knows? What is clear is that you often take very public positions without really doing your homework.  How can one even look at your new found position on cannabis as anything other than another shift by a guy who has a tendency to take positions based on politics and glamour than actual medical or scientific research? I mean…yeah. it is great you are coming around, but why now?

Your sincerity on these issues is questionable at best because of your often obvious “evolving position” on hot button topics. You blow in the political winds, which is not exactly where I want my doctor to be. I would not go to a physician that did not believe in stem cell research because of his political and/or religious views. I want a doctor who will give me the treatment that I need, regardless of how it makes his pastor feel about him. I want that in my “journalists” too.

But enough of beating up on Gupta. At least he had the courage to apologize for his past lies and misleading of people.

Every day more people are standing up and saying “I like weed and I am a good person.” That is a powerful statement and one people cannot argue with. When we personalize our struggle as a person who enjoys cannabis we make it real for folks. It is easy to take a hardline position against weed in theory and believe you have some moral higher ground based on the illegal status of weed. But when a real person…a  friend or family member…has the courage to look that person in the eye an tell them that they like weed and do not deserve to be persecuted for enjoying a safe, enjoyable, and helpful plant that person has a choice to make. They must decide if their position, and beliefs, are correct any more. How can a person look at their friend or family member who enjoys cannabis responsibly and tell them to their face they deserve to go to jail, have their house searched violently, and deserve to lose their kids because they like weed?

They can’t. That is why we are winning.

Just like gay marriage, as people have the courage to stand up and change a mind or two by personalizing the debate, we see people’s hardened and cruel positions evaporate. The “coming out” of weedheads is what is changing the debate.

We are changing it because we have to. Because it is us who will have to end this thing. The powerful and money-hungry prohibitionists will not give up unless we take them to the mat and kill their game once and for all. When we can begin to shift the focus from the lies about weed to the evils of the policies against weed and the real devastating affects they have had on our society, we win.

And it might come as early as next week. I have long stated that we will see a dramatic policy shift on weed this summer. My “Legal By Summer” campaign is based on the idea that social and political pressure for a step back in the war on cannabis is growing at incredible rates. With the adult use legalization measures passing in WA and CO last fall it is difficult to see how the administration can do anything except for surrender their crusade against weed. It is not working, and it is no longer worth wasting political capital to enforce bad laws. If the administration’s policy statement was going to be “Sorry. Screw you. We are continuing to interfere with state law” they would have made that statement already.

It is obvious that they are looking for a time and some political space to ease the policies back and they are trying to find a graceful way to do it. Which is why I was very excited to hear Eric Holder’s interview with NPR this week where he stated that new policies and reform were coming, and coming soon, to the USDOJ.

Here is an excerpt from US Attorney general Eric Holder’s interview with NPR:

“The war on drugs is now 30, 40 years old,” Holder said. “There have been a lot of unintended consequences. There’s been a decimation of certain communities, in particular communities of color.”

That’s one reason why the Justice Department has had a group of lawyers working behind the scenes for months on proposals the attorney general could present as early as next week in a speech to the American Bar Association in San Francisco.

Some of the items are changes Holder can make on his own, such as directing U.S. attorneys not to prosecute certain kinds of low-level drug crimes, or spending money to send more defendants into treatment instead of prison. Almost half of the 219,000 people currently in federal prison are serving time on drug charges.\

“Well, we can certainly change our enforcement priorities, and so we have some control in that way,” Holder said. “How we deploy our agents, what we tell our prosecutors to charge, but I think this would be best done if the executive branch and the legislative branch work together to look at this whole issue and come up with changes that are acceptable to both.”

So could this speech at the American Bar Association in SF next week be the moment we have all been waiting for? Sure…why not?

Now that the “political scandal” BS has mostly passed, and Congress is on a five week break from Washington, what better time to drop the big news that we will no longer be actively pursuing taking people to jail for weed in states that allow for it? What policy shift could do more to decrease prison overcrowding for stupid non-violent drug crimes than stopping the reefer madness? None.

Weed prohibition has enabled law enforcement to search and prosecute mostly poor people for crimes at an alarming rate. This prohibition has given the green light to drug warriors to ruin people’s lives and decimate our communities.

The time for change is NOW. The reason why I changed your mind on weed is simple…because you were wrong. Be a good person like Sanjay Gupta and admit you were wrong and move on. Anything less is just uncivilized.