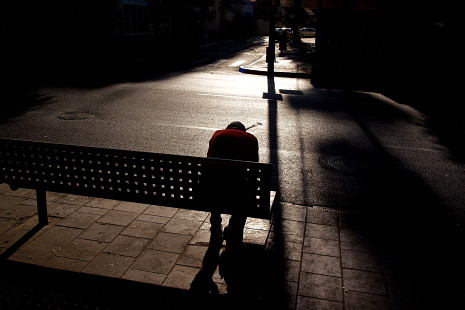 I heard the prohibitionist cry today. Not like a whimper, or a small tear running down the cheek; but a bawling cry. A heartfelt cry. A cry so deep and meaningful that they looked to their God to stop their sadness.

As I got off of the plane in Denver I could tell the world had changed here. The driver who picked us up was all too aware of the cannabis related activity happening in his state. Here was a middle-eastern man who moved to Denver from Charlotte, NC three years ago talking openly about cannabis, not as an issue, but as a great opportunity for his city. He spoke of how much busier he was this week because of the festivities and acknowledged that the industry had been very good for the local economy. He understood that weed was an extreme positive on the community he lived and worked in….and he could not be happier. Cyrus did not smoke weed, but he knew that weed was making his world a better place regardless of if he participated or not.

It seems the entire State of Colorado has decided that they are going to embrace the vote for weed that happened in November, and weed leaves have become a normal part of the local environment; and not just in the areas where the events were being held but everywhere. I took a walk down the 16th Street mall to the bank shortly after getting to my hotel. I expected for there to be a high contingency of weedheads wandering the mall, and I was not disappointed. People from all walks of life had gathered in Denver and were expressing their freedom to smoke weed in very public ways. Joint after joint walked past me.

But what surprised me more was that it was bigger than just the weedheads. The businesses on this extremely gentrified tourist trap had also jumped in. T-shirt shops were filled with weed shirts right near the front door for everyone to see. Restaurants and cafes offered 4-20 specials and used common weed puns to peddle their wares. Weed was not only present on the mall….it was dominating the conversation. And no one could give a shit. As far as I could see, weed was already legal by all accounts.

I then took a cab to the area where the High Times Cannabis Cup, Club 64 and Cannaval were all being held. As the cab pulled into the storm, I was taken back by the sheer amount of weed related activity happening all in one place. Weedheads were as far as the eye could see, colorfully dressed and openly enjoying their new found freedom. It was surreal for anyone who had grown up shoving weed down their pants in hopes of avoiding detection. Streets were lined with banners and decorations paying homage to the beloved cannabis plant. Weed was everywhere. Weed has won. Weed has arrived.

I exited the cab after driving past a line to enter the HT event that stretched a quarter mile. While the lines were long and the event was packed wall to wall with stoners, no one seemed to really mind. After all, they were standing in line for an event celebrating the legalization of weed and enjoying their herb as they waited. I have never seen such a long line with everyone smiling and enjoying themselves. It was great.

For several square blocks there were weed related things to do and be a part of. No one looked lonely or bored anywhere that I could see. It was fucking weed Mardi Gras.

Denver was just one of many celebrations happening across the globe. Weed had won the day. I did not see one cop in the weed festivities area yesterday. Not one. I was there all day. Weed was there all day and in a big way. and law enforcement could give a shit. No one went to jail for weed in Denver yesterday. No one.

One jackass did shoot two people at an open event at the local Civic Center Park in an altercation unrelated to weed, but everyone else everywhere else was super cool. There was no drunken drama. There were no petty fights over the dumb shit. It was a mellow cloud of weed smoke hanging over the event that seemed to keep everyone happy and healthy.

While the Cannabis Cup event itself was a little disorganized (as usual), it was an amazing sociology experience. There was not an overbearing security presence, nor was there a real need for one. The only real issue was the occasional lost stoner blocking the way trying to figure out where he was on the map, or the Cheeba Chew dress up candy that decided to post up in the bottleneck area to do pictures with everyone, that brought traffic to a halt. But even then, in the chaos and confusion, I just took my time and rolled a joint and enjoyed the scenery. There was no shortage of interesting people to check out and get to know.

There was a harmony in the air that was inspiring. It was a moment of triumph for anyone who has been watching legalization unfold over the last decades….it was here. It was real. It was legit.

As the clock struck 4:20 I was honored to spark up a few fatties with the ladies of the NORML Women’s Alliance. I looked around at the group of folks who had gathered to celebrate this moment on this day. A group of self-dubbed cannabis reformers who had dedicated imeasurable man hours to ending prohibition, and as we sparked the doobies inside the event in defiance when the clock struck 4:20, we all seemed to have an overwhelming calm that indeed we were winning and that the end was near.

That is when I heard it. The unmistakable cry of the prohibitionist. The pain of seeing their cause literally go down in flames was too much to bear. They could not stop the sobbing. The weeping was too much to overcome. There was just no denying that their days were numbered.

The prohibitionist will continue to cry. Their world will continue to crumble. The fear and lies they have been a part of for decades are now exposed and they understood that they will be held accountable for their war crimes against humanity. They know that they will not be locking people up for weed much longer and that their meal ticket is fading. So long suckers.

They cried and cried while I laughed and laughed……