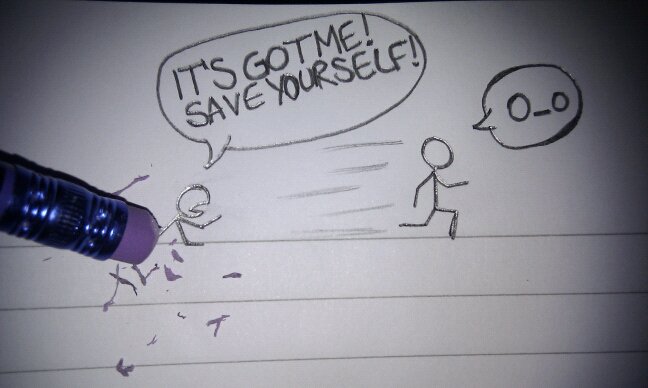 I really do not get the world of cannabis reform. I mean, I expect to have to fight the ignorance and lies from drug warriors and prohibitionists. I anticipate having to defend the honor of weed against the skeptical in our society. I understand the challenges we are up against in the ways of big business and lobbying groups aligned against our cause.

What I do not get is why so many within the weed movement are so entrenched in the same lies, ignorance, and skepticism as our opposition. In fact, I may go as far to say that some are more entrenched….

What a sad day it is when you have to remind people in a movement fighting for freedom that it is their duty to provide hope and optimism to their own fucking cause. Wake up, folks. A new day has dawned on cannabis reform and it is up to us to recognize the shift in societal norms and seize the opportunity to create meaningful and lasting change. It is easy to stand on the sideline and toss bombs of negativity in the direction of people who are working to change the conversation; and those who are demanding an end to the evils of prohibition now…not in another decade. There will always be the died in the wool pessimist who wants to rain on any parade that they did not organize by reminding us of the enormous challenges we face.

Super….I have made a lifetime of doing shit people told me I could not.

I am often perplexed by how many folks supposedly working “in the trenches” seem to enjoy it there. They act as if ending this thing, and climbing out of the trenches, is just too big of an obstacle to overcome. The Debby Downers will be the first to point out that your glass is really half empty regardless of if you think it is half full. It is as if success is our enemy, and envisioning a world where people do not go to jail for weed is just too big of a dream for right now. “Maybe in another 5 years, kid…”

It is disheartening to say the least.

It is like we are the geeky nerd in high school who dreams of dating the super hot cheerleader. Only when the cheerleader finally notices us and wants to give us her phone number we piss our pants and begin telling her why we are not good enough for her. We lack confidence…and a sack of nuts.

This is our game to win or lose, at this point. The playing field has been leveled and the momentum is at our back We are good enough. We are smart enough. And doggone it, people like us… 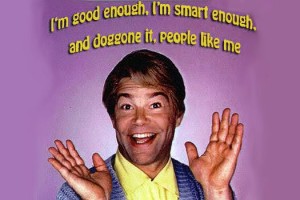 But we will never accomplish the goal of ending prohibition if we stand in our own way. If we continue to let folks retard our growth with their lack of confidence and diminished motivation we should not be surprised to see prohibition limp along for another few years at least. If we can muster up the courage to take advantage of the social change we see happening in every corner of our society we might just be able to pull this thing off sooner than later. The only thing stopping us is us really.

Not a day goes by where a new story in a major media outlet does not come out in favor of legalizing weed for adults and ending the failed policies of prohibition. It seems a new celebrity, elected official, or prominent member of our society comes out in support of a more rational approach to dealing with weed.

The change we seek is happening, and it is happening fast. Do we have the ability to harness this energy into something great and revolutionary? Or will we squander opportunity and hope in favor of our conditioned deadbeat loser responses as we have for decades now?

As long as we continue to say that this “will never happen” or that “that is impossible” we will continue to fail miserably.

Our opposition preys on our weakness and uses the fear they have spent decades conditioning people to believe to paralyze us. We must decide if we are going to keep playing the losers hand, or if we are ready to take the game back and crush this thing once and for all. We need to stop being the Washington Generals and begin to make some Globetrotter moves if we really want this thing.

It is here for the taking. The time is now. We are the ones we have been waiting for.

My opinion is simple….I think we can have a major change in federal policy and state implementation of cannabis laws BY SUMMER. Anyone who believes I am crazy, or who thinks that I am just “too optimistic” needs to get their heads checked. I get enough of that negativity from those who hate weed. I will be damned if I will suffer the same skepticism and defeatism here as I do in my struggle with the prohibitionist. Wake up, folks. Real change is here. This is happening. Hang on tight because it is sure to be a bumpy ride.

But a ride we must embrace and commit to nonetheless. It is our ride. We must white knuckle grip the wheel and put the pedal to the metal. Get up under the opposition and drive them right into the wall. There is no time for second guessing and dissent. Either get on board or get the fuck out of the way because we are bring this baby in full speed, rubber burning and sideways.

Life is not a journey to the grave with the intention of arriving safely in a pretty and well-preserved body, but rather a skid in broadside, thoroughly used up, totally worn out, and loudly proclaiming, “WOW, what a ride!”

I would rather be optimistic and wrong than pessimistic and right any day….