Glad to see a mainstream news outlet putting this out. One more question…CAN I GO FREE YET? How much more evidence does the government need to make things right and let the people you have persecuted for medical cannabis go? 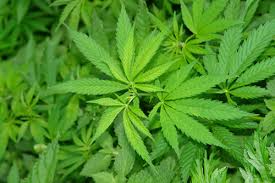 Trial showed modest benefit for patients with neuropathy, but side effects might be problem

Twenty-one adults with chronic nerve pain were taught to take a single inhalation of 25 milligrams of cannabis through a pipe, three times a day, for five days. The cannabis contained one of three levels of potency of tetrahydrocannabinol (THC), the active ingredient in marijuana, as well as a placebo dosage containing no THC.

All of the patients rotated through each of the four dosages, with nine days of no smoking in between.

“Patients have repeatedly made claims that smoked cannabis helps to treat pain, but the issue for me had always been the lack of clinical research to support that claim,” said Dr. Mark Ware, director of clinical research at the Alan Edwards Pain Management Unit of the McGill University Health Centre in Montreal. In this small but randomized, controlled trial, “the pain reductions were modest, but significant,” he said. “And it was in people for whom nothing else worked.”

The study is published in the Aug. 30 issue of the Canadian Medical Association Journal.

Persistent nerve pain, clinically known as neuropathy, can be very difficult to treat, Ware said. These patients had tried other treatments for neuropathy, such as opioids, anticonvulsants, antidepressants and local anesthetics, with little relief, Ware said.

In addition, the THC potency levels used in the study were kept at 2.5 percent, 6 percent and 9 percent — considerably less than the 12 percent to 15 percent often found in marijuana sold on the street, Ware said.

Researchers kept the levels low for two reasons, Ware explained. One was to minimize the psychoactive effects, such as feeling lightheaded, dizzy, detached, nauseous or euphoric. Secondly, because this was a randomized, controlled clinical trial, minimizing the obvious signs of being “high” helped keep participants in the dark about what potency they were smoking.

In an accompanying commentary, Dr. Henry McQuay, a professor in the chronic pain unit at Oxford University in England, called the study well-designed, adding that it provides more evidence cannabis can help relieve pain.

But the unwanted side effects of cannabis can be significant, McQuay said.

“If you regard each paper like a brick in a wall, we have a number of studies, including this one, that suggest some pain patients are helped by cannabis,” McQuay said. “The usual caveat is, ‘Do the side effects to the nervous system outweigh the benefits, if they have to push the dose?'”

In his experience working with pain patients, few have seen long-term benefits of smoked cannabis, he said. Most find morphine and other painkillers more effective.

Side effects are a real problem with using smoked cannabis, Ware said. While recreational users are seeking an altered state of mind, research shows that legitimate medical marijuana users are not looking to get high. Instead, they only want to smoke what they need to reduce their pain so they can work and function more normally.

Efforts to legalize marijuana for medical purposes has been controversial in the United States. While federal law prohibits marijuana use, in 1996, California became the first state to legalize medical marijuana usage with a prescription from a doctor. More than a dozen states have followed suit.

Yet under the Bush administration, dispensaries continued to be raided under federal law. After President Barack Obama took office, in March, 2009, the U.S. Department of Justice announced it would no longer conduct raids on medical marijuana dispensaries, as long as the dispensaries were abiding by their own state laws.

Medical marijuana is legal in Canada.

To minimize the risks of smoke to the lungs, THC could be delivered through a vaporizer, in which the plant resin containing THC is heated to the point that the oils are released in a mist, Ware said. Oral THC is another possibility, though getting dosages right has proved problematic.