Apparently I am not the only one not impressed with the folks at Mega productions and the army of morally challenged physicians who were signing medical cannabis recommendations on the trade show floor. This was the least of my complaints about this poorly executed “Con.” But it does beg to question- why would a Doctor think seeing a patient at a CannaCon was a good idea? The word HUCKSTERS come to mind. Anyway- THIS WAS THE WORST EVENT EVER, regardless of the boatload of quacks that were signing $40 recs to anyone with a pulse. No wonder the medical movement is so marginalized and has a hard time breaking through to real legitimacy. Another reason to VOTE YES ON 19. Put the quacks out of business so the REAL cannabis Doctors like Dr. Frank can get back to business and not have to defend their legitimate practices against drivel like this. 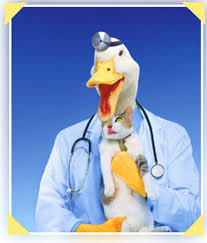 Doctors, patients, and industry are bashing the organizers ofHempCon, which took place August 6-8 in San Jose, for running a de facto medical marijuana prescription mill out of the trade show. Eyewitnesses noted long lines of young adults without medical records quickly processed by seven or eight doctors for $40 per person.

“I would consider one doctor a prescription mill. This was seven or eight. My best way to describe it was a price war,” said attendee Bob Katzman.

The Medical Board of California tells doctors to treat marijuana like they would any other drug, and recommend it only after a good faith examination. According to noted physician Dr. Frank Lucido, that would include looking at the patient’s history, coming up with a treatment plan with objectives, and discussing side effects. Such an exam can take 30 to 45 minutes, a much slower tempo than what was apparent at HempCon.

“What you saw was a thousand people holding clipboards and forms, moving in and out of line so fast it was hard to imagine [the doctors] were doing a proper job. I just really don’t,” said Jeremiah Schimp, spokesperson for Weedtracker.com and a HempCon visitor.

“There’s a likelihood that it skirts acceptable medical guidelines set out by the state medical board,” said Kris Hermes, spokesperson for medical marijuana group Americans for Safe Access. “Arguably, they’re making a mockery of their own role in the medical profession and the medical cannabis community may suffer as a result of these specialists cutting corners.”

No one is getting hurt by loose recommendations, counters Pierre Werner, cavalier operator of Dr. Reefer out of Las Vegas. He thinks evaluations should get easier across the country.

“There’s no real reason you should have a full check-up,” Werner says. “It’s no different than your doctor recommending you eat well, have a good diet, and get plenty of rest.”

Werner’s an ex-con who says cannabis helps control his bipolar and schizophrenia symptoms. He employs a couple doctors in Vegas who see patients for five to fifteen minutes, at $200 per patient. Warner charges an extra $100 if a customer lacks medical records, with the added cost going to a physical examination.

Dr. Reefer physicians make $4,000 for eight hours of work and business is booming. Werner is setting up remote locations where his doctors can work via web conferencing software Skype.

Back in California, Lucido says, “I don’t think much of that.” Cannabis might never kill a patient, but a lax diagnosis can.

Lucido recalls a male in his twenties who sought a marijuana recommendation to treat asthma and anxiety. Lucido listened to his heart and lungs, and noted a thyroid mass on his neck. He gave the patient a three-month recommendation for cannabis and requested his primary doctor feel his thyroid. The thyroid mass turned out to be cancer that had spread to the lungs.

“No one has been killed by marijuana, but when you’re prescribing marijuana for the wrong thing you could be missing something more serious,” Lucido says.

Generally, people hate going to the doctor, and a weed-driven visit is a chance to engage in preventative medicine. The ASA recommends that patients who want medical marijuana broach the topic with their primary doctor. Hermes says even some Kaiser doctors have recommended it.

But Lucido recommends the opposite. Don’t bring up marijuana with your primary care physician, he says, and if you do, ask to “go off the record” first.

“Sometimes you get patients asking their doctor for a recommendation of cannabis and the doctor will turn around and write ‘cannabis user’ in their files,” Lucido says. “As long as there’s a drug war going on, patients have a valid reason not to have cannabis mentioned in their records.”

That confusion may be driving business to fly-by-night recommendation mills. Such mills are increasingly operating out of convention spaces and contributing to a collapse in the price of recommendations, says HempCon attendee Katzman.

Katzman is a businessman who runs the well-reviewed International Cannabis & Hemp Expo. There’s at least fifteen weed expos in California this year varying in quality from some that are borderline academic conferences to others that are little more than weed fairs.

Doctor’s recommendations have dropped in California from over $200 a few years ago to $100 to $150 today, he says. Katzman’s Expo will support one doctor who charges $99 per visit, and they take the doctoring seriously.

“Otherwise it makes the whole movement seem invalid,” Katzman said. “There’s a lot of people who question the actual legitimacy of medical cannabis.”

Allergic to opioids, cancer survivor and activist Angel Raich uses cannabis to deal with excruciating pain as she recovers from major head surgery. Raich says HempCon erodes gains by patients and contributes to the suffering of people who actually need the plant.

“It’s definitely not helping anybody and it shouldn’t be happening,” Raich says. “It makes all us real patients look like a joke and that makes me mad.”

Mega Productions plans to include marijuana evaluation services at another HempCon in Southern California on September 10 at the Los Angeles Convention Center.