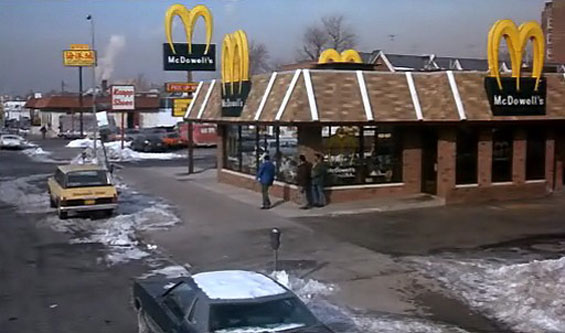 The cannabis industry is in a strange place. On one hand there is a developing industry, where people are working hard to innovate and develop products and brands that are real and meaningful. On the other hand, all cannabis activity is illegal and not able to be legally protected under trademark and copyright laws, so these individuals and companies have no legal protection or recourse for those who would steal their ideas and products and make them their own.

This week I had a strange confrontation at an event in Boston, where the company “Medically Correct aka Incredibles” was giving a rather weak presentation on their product lines from Colorado to folks looking to enter the industry there.  As I was perusing their table one of the owners, Rick Scarpello, confronted me, stating he recognized me from somewhere. (Note to self: Less pictures of myself on FB) I told him my name was Mickey and he says, “Oh yeah. Would you mind not talking shit about us on Facebook.”

After a small giggle and smile I asked him what he was talking about. I had never mentioned him or his company on Facebook. What I had stated on FB was something to the effect of “If your company makes shitty flavored chocolate bars with Merckens waxy chocolate from recipes that sucked 10 years ago then you should just give up.” Was this comment aimed at their company? Maybe…but there was no direct attack on their brand.

What I was referencing is the fact that many of their recipes are based off of my ex-partner’s Bliss Bar recipes, and that they suck. They are waxy and taste like flavored candles. The chocolate is meant for housewives who shop at Michael’s to use for their kid’s birthday party treats, and not for commercial style production. Go to any chocolatier and they will tell you the same thing. It is an inferior and cheap excuse for chocolate. Because I have an ongoing disdain for my ex-partner, I made a snarky and generalized remark on my personal FB account.

So when this prick decides to confront me at this event this week, I called him on it. I asked him why he was using beat recipes from a washed up edible maker whose recipes sucked ten years ago? His defensive and dickish response was telling and says a lot about where our community is. Here is what he said:

If you change a recipe by 1% it is not their recipe anymore. Besides….It is not like anything is patented. 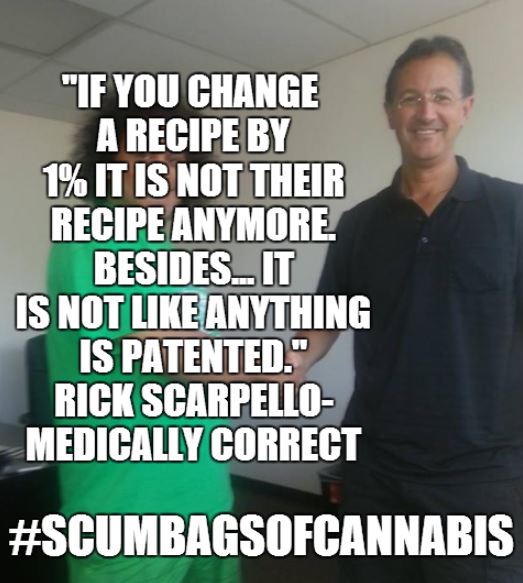 I was shocked. Here was this prick who is making money hand over fist off of other people’s ideas in Colorado openly admitting that he is okay with taking a person’s product and process and altering it slightly so that he could brand it as his own and make a killing off of it. Funny…he didn’t mention that in his presentation.

But put the shitty Bliss bars aside. I could care less if he altered those terrible tasting products enough to make them his own. God bless him because those bars have always sucked. Medically Correct is also the company that teamed up with Sweetstone Candy and was producing their very popular gummy bear products under their licensing for patients in Colorado. Recently the deal went south, and the companies split ways. No big deal, right? Shit happens.

Anyone want to bet that real soon Medically Correct comes out with a new gummy product? Maybe about 1% different of a recipe than the one Sweetstone uses? Or maybe exactly the same since, you know, “these things aren’t patented anyways.” And legally, the company is correct. There is little repercussion that can come legally as a result.

But is it ethical?

We see this conundrum all over the industry. Folks continue to take one person’s idea and alter it by 1% to make money from it. Maybe it is the American way. Maybe we should just all bend over and take it. Maybe this is how the industry will come into its own. But to me, I would not want to buy a product from companies that simply retread other’s ideas and try to make a buck off of them.

I do not buy products from sham rip-off companies in the regular market. I certainly will not in the cannabis market. regardless of where the legal line is drawn, ethics matter. You can drink the Dr. Pibb aka Peppo aka Mr. Pibb stuff if you want. I am good on that. I will stick with real Dr. Pepper. As a person who produces products and ideas, I take it personally when others blatantly rip-off their ideas and work to capitalize off other’s success. I can tell you I will not be buying a fucking Dab Joy e-nail rip-off either. 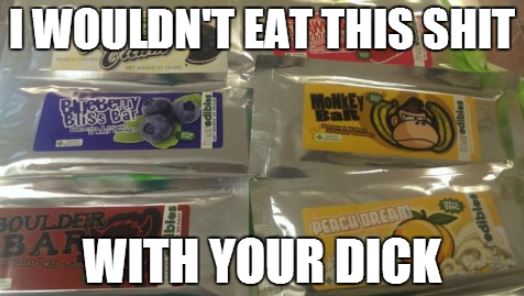 Like most other copycat products made by people with no original ideas of their own, Medically Correct’s Incredible products are inferior in taste and quality and leave a lot to be desired. The hilarious part, is even with all of the shitty flavored wax chocolate headache causing products they have sold, they never even changed the molds from Bliss bars, and barely altered the packaging and labeling. Still looks the same as it did 10 years ago when it sucked in California. Let me guess…You want to do “Twisted Truffles” too? LOL. They are not alone either…most of Dixie’s products were adapted from products produced by The Farmacy in California years before they existed.

So legally, sure, these assholes have a leg to stand on. But ethically, it is bullshit. These guys started off making crappy brownies and stole some ideas they had seen work elsewhere to make their signature line. What a joke. It is nice that they are making money hand over fist off of these pretty shitty excuses for cannabis-based foods, but they are about as unethical and unoriginal as can be.

It would be nice to see the community rise up and reject frauds like these, but alas, money talks. I am sure these bullshitters will be here for years to come pushing their copycat candies and ideas.

The good news is that real innovators and quality producers still exist and companies like this usually implode given enough time.

One can only hope that real business protections and morals will come to the cannabis industry sooner than later. Until then, I guess asshole’s like these will have free reign to exploit and get rich off the backs of those who had the courage to produce products and put them on the market to be ripped off. Selah.