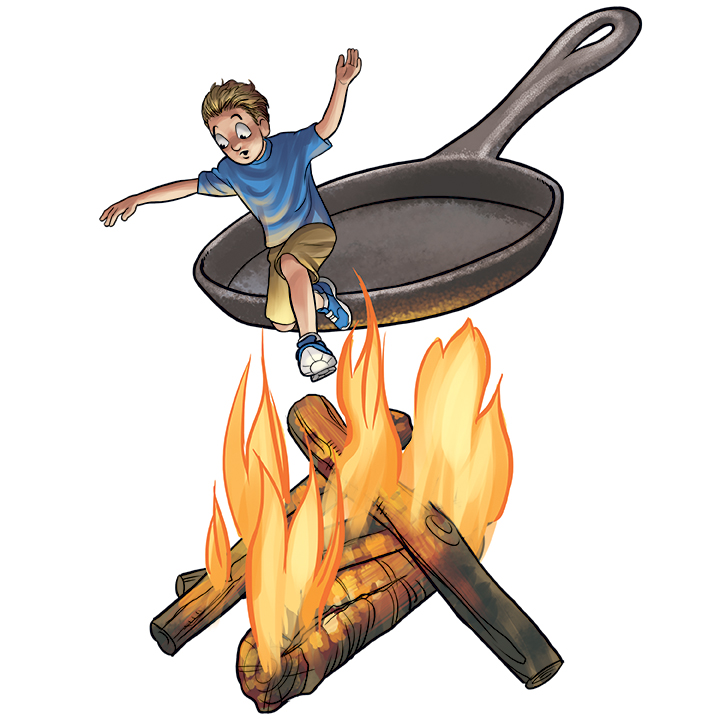 Some folks do not really seem to get it.

There is a sector of this movement that chooses to live in a utopian state of denial. They continue to fight for some undefined and bizarre cannabis reality that only exists within the text of their emails. It is fairly comical to watch these folks make statements that border the insane, and it is even better when they take a victory lap for something they a.) had ZERO to do with; and b.) will result in a far worse scenario than the one they just claimed victory over.

It is the classic out of the frying pan and into the fire scenario. Yesterday in California a bill put forth by Assembly member Tom Ammiano that would have regulated the industry through the Alcoholic Beverage Control failed due to a procedural mishap. Here is a statement released by Rep. Ammiano’s office explaining what happened, and declaring that they will work to get the bill passed through several vehicles already moving in the Senate on the issue::

SACRAMENTO – Medical cannabis regulation is alive in the Legislature, despite a procedural mistake that stalled AB 473 on the Assembly floor today.

“This is not an easy bill, but it is a needed bill that has the necessary support,” said Assemblymember Ammiano, author of the groundbreaking bill to regulate medical cannabis under Alcoholic Beverage Control. “Unfortunately, the vote was closed prematurely and in error, preventing all the votes from being registered. I’m going to make sure my legislative colleagues stay focused on getting this to the Governor’s desk for his signature this year.”

The bill would call on ABC to set up a division that would monitor production, transportation and sales of medical marijuana, preventing criminal control and ensuring that marijuana was not easily accessible to those who are unauthorized.

Ammiano and supporting Assemblymembers spoke on the floor to clarify that the bill would not interfere with cities seeking to regulate medical marijuana dispensaries.
“The issue of local control on this bill has been addressed,” said Assemblymember Susan Bonilla.

I hope cities will allow dispensaries so their residents who need this product can get it safely, instead of illegally,” Ammiano said. “I believe that a Division of Medical Marijuana Regulation and Enforcement will help cities see they can authorize dispensaries. Not only will the division’s oversight ensure there is no increase in crime, more cities will begin to recognize the economic benefits that others have already seen.”

The bill is fully within the spirit and letter of the Compassion Use Act of 1996, approved by voters, and is consistent with public polling on marijuana policy.

Despite today’s incomplete vote, Ammiano is continuing to work on the bill and is already in talks with members of the California Senate.

But here is the big fucking problem…..and I hope I am wrong….but the Senate will likely pass a much more strict version of the bill and I would bet a million bucks that the Senate version not only will contain a similar but more restrictive regulatory model as designed by Ammiano’s bill, but will also include the DUI provision that Senator Correa’s office was pushing for, as well as incorporating the non-profit requirements that Senator Steinberg’s bill is pushing for, which results in higher weed prices.

This is how legislative bodies work….I will give you yours if you give me mine. I will see your amendment and raise you another amendment.

What will result IMO is a far worse bill than AB 473 would ever have been. The tin-foil hatters who would lead you to believe that the ABC overseeing the industry would be the end of access and small providers are simply idiots. They make ignorant statements based on lies and fear and have no more credibility inside, or outside, of this movement than any other crazy person standing on a street corner yelling about the end of the world being near.

What they fail to tell you is that they have no idea what they are talking about. These “conservative activists” (Keep things like they are! Everything is so great! Fight everything!) would have you believe that any regulation is totally unacceptable because it will end up in a “monopoly” and “family farms and mid to small size businesses” would be destroyed. Idiots….

It is apparent that most of these folks have NO IDEA what the CA Alcoholic Beverage Control does. Has anyone seen a huge “monopoly” on bars, or does your town or city have several small, independently owned watering holes for people to choose from? Is there a lack of real choice in the beer aisle, or are the literally A MILLION small label independent micro brewers that are enjoying such a percentage of the market that they have Budweiser scrambling to buy Modello to keep up with market share? Are small independent wineries ALL OVER the state? Are there thousands of small independent farms that grow grapes for these wineries? How about liquor stores? Any shortage of them in your area?

The reality is that we would have been lucky to see AB473 become law. As a person who works on regulations and helps develop businesses in the industry all over the nation, I have read a hell of a lot of regulations. I would call myself an expert. I know exactly how burdensome and unfair regulatory models can be, and AB473 was a walk in the park compared to the regulations put forth in Massachusetts, Connecticut, New Jersey, and even Colorado. I am betting it will look pretty awesome compared to what ends up getting passed through California later this year too. Some folks just do not know when to say “Yes.”

Some days I am embarrassed to be lumped in the same group with these folks. Many are not activists at all, yet are simple obstructionists likened to the Tea Party assholes. They would rather watch the industry crumble than give an inch on anything that might interfere with their current ability to make money in the industry. Most of them make their money, or find their sense of importance, from the chaos. They claim to be activists, but they are really just folks who have an agenda, and to whom defeating their common enemy is far more important than moving the industry forward. I disagree with ASA too on a lot of stuff, but if your only goal is to shit on them at any chance, then cannabis and freedom have very little to do with what you are up to.

They hide behind patients and claim to be do-gooders…but the reality is that most are protecting their interests like everyone else. It is shameful.

I am not bashful to say that I welcome regulations. I have experienced firsthand how loosely worded and defined law can allow for law enforcement to trample people’s rights, and have allowed for irresponsibility and ignorance to thrive in the industry. I think a clearly defined and regulated market would be a huge positive for the California environment. I am so exhausted by the current situation that I have become ultimately depressed.

At some point something has got to give…..and it will. My fear is that continuing to work counterproductively will result in far more restriction than we could ever imagine. Mark my word….AB473 will look awesome compared to what we now end up with. If I am wrong, then I will eat my shoe.

So as the wingnut circus takes their victory lap, and call a true cannabis champion like Tom Ammiano a “turncoat” and “opportunist,” just know that they have jumped right out of the frying pan and into the fire. You have turned your back on the best friend we have in the CA legislature and have left things to chance. The most likely scenario is that SB439, a bill put forth by State Senator Darrel Steinberg, will be amended and passed. How it will be amended is anyones guess, but even Steinberg agrees it will be heavily amended. Here is his comments on it from the Sac Bee:

Steinberg, a Sacramento Democrat, has co-sponsored a regulatory bill in the Senate that he says will be heavily rewritten before getting a vote. He said he is troubled by pot stores that sprouted long after Proposition 215 legalized use for people with ailments such as AIDS or cancer or “any other illnesses for which marijuana provides relief.”

“I don’t think there is any secret that, with the dispensary system, there has been a lot of license taken and there is very little distinction between those who suffer from serious illnesses … and those who can easily get a piece of paper to get the marijuana,” Steinberg said.

Steinberg said he wants to regulate pot businesses and protect access by sick people to marijuana. But he said, “I do not support the legalization of marijuana.”

So rather than supporting Ammiano’s effort, which allowed for a regulatory model similar to that of booze which are everywhere, the crazies have decided to back an effort that is put forth by a person opposed to legalization which attempts to codify “guidelines” that contain statements such as, “a properly organized and operated collective or cooperative that dispenses medical marijuana MAY be lawful under California law”…..or it may not?

Here is what US Attorney from the Eastern District of California, who has been actively cracking down on providers of medical cannabis had to say to the Sac News and Review on it:

Hey…so I have a great idea! Let’s just keep the laws that make cannabis a perceived free-for-all!

Sometimes I am ashamed to be a part of this movement…..If these idiots do not quit pulling us all out of the frying pan, I am gonna have to move.