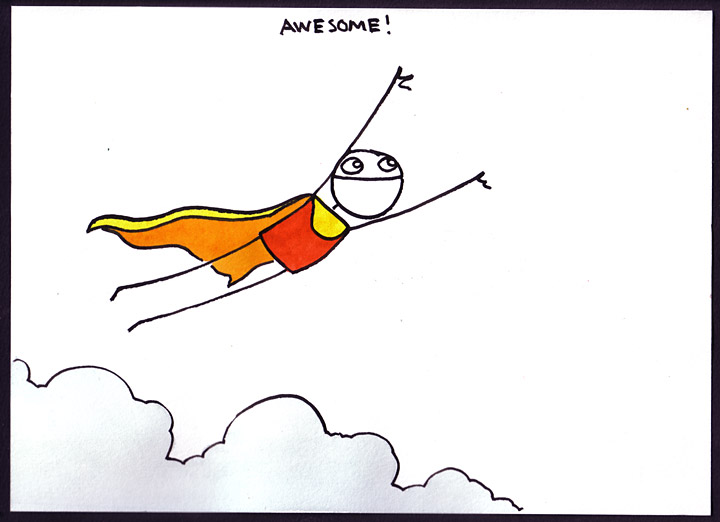 I went into my wife’s work the other day and met some of her co-workers. One of them asked me what I did for a living. Without missing a beat, I told them I worked in the cannabis industry. My wife looked surprised. She apparently had failed to mention that to anyone. As we left, she said “Well…I guess everyone knows now.”

I was dumbfounded, and a little taken back. My wife does not consume weed. It is not her thing. It makes her feel weird. But I was amazed that it seemed like she was ashamed of my career choice for some reason. Now, I do not hold her accountable. She has never claimed to be a weed activist like me, so I do not expect her to run around ringing the bell of cannabis freedom any chance she gets. But I also did not expect that she would shy away from the issue, if it were brought up. I guess I figured a woman who has spent a decade in the trenches with me would be used to the shocking revelation that our family is supported by the weed industry.

But my wife is not alone. We live in a society where admitting you are a weedhead is somehow taboo.

We have got to change this mindset; and the best way to do that is to have the courage to engage people in a healthy conversation about weed.

For me, it is a no-brainer. I cram weed into the conversation whenever I get the chance. I spent 30 minutes the other day educating my dentist, his entire staff, and the other people in the office about the evils of cannabis prohibition. It was incredibly well received; and I am sure more than one person left there feeling just a little different about the issue. The receptionist even asked me for a signed copy of my book, as I left.

Too often, we fail to have this conversation because we fear what people will think, or say. But the reality is that we do a disservice to our fellow man and our communities when we do not stand up and tell the truth.

When you can use your interactions with people to change the dialogue on the subject of weed, you should. If more people had the strength to stand up and say “Cannabis prohibition is evil. We use these laws to lock up mostly poor people for weed at alarming rates, and we have spent over a trillion dollars on this failed policy with nothing to show for it,” we would easily win. There is no rebuttal to that conversation. There is no snarky comeback that holds a candle to the evils of locking up 5x more people than the rest of the world in the name of the Drug War.

When we begin to put people on the defensive for their anti-weed positions, and make them examine their views for legitimacy, we will always win the conversation. Where we lose is by allowing the decades of misinformation, and the social stigma related to weed, to silence us. If we do not take control of this conversation and have the courage to call bullshit on prohibition, then we should not be surprised when we continue to see misinformed people oppress weedheads and attempt to categorize us as lesser people because we like weed.

Most of these “anti-weed” losers are boozehounds. It is easy to turn the conversation on a boozer. The next time some booze-righteous chump tries to make you feel like you are a degenerate for your love of weed hit him with this line…”Your glorification of booze and willingness to condemn your fellow man for weed has resulted in innumerable unnecessary deaths, family abuse, and violent crime. I hope you are pleased with your position. Weed is far safer for alcohol, and is responsible for more creativity and beauty than you will ever find at the bottom of your bottle of poison, loser.” Feel free to paraphrase, but you get the gist. “Booze are evil. Weed is safe, enjoyable, and helpful.”

I have made a conscious decision to quit selling myself short, as a weedhead. You should too. We are better than this.

I used to look at the shirt I was wearing for the day, and think “is there anywhere I am going today where my Jack Herer weed shirt might be inappropriate?” I now look at the same shirt and say “Is there anywhere I can wear this today that it could possibly start  conversation, and give me the opportunity to tell someone about why I love weed?” It is the same shirt, but my position has evolved. I have made a conscious decision to engage head on, and to never be ashamed of my undying love for weed. If a person thinks less of me because I have a weed t-shirt on, then they have made my life easier…one less loser I need to deal with.

But more so, it is an opportunity to educate another human. We MUST take the time to stop and talk to those who are confused or misinformed on the issue.

It is our duty to shift the paradigm, and make those who support prohibition feel like the freaks and degenerates. We must not shy away from the conversation because we are right, and they are wrong. When we put the facts out there, any reasonable human with a decent head on their shoulders gets it. They get that we lock up 25% of the world’s prison population, but only have 5% of the actual population because we continue to take poor people to jail for weed. When people hear that their jaw drops. They have nothing left to say. There is no valid argument to oppose that position. The numbers do not lie.

Do yourself a favor….quit falling for these people’s “weed is bad” bullshit. It is not. It is actually awesome, and anyone who believes we should put people in jail for weed needs to be blasted for being evil. They should be embarrassed by their position, and it is up to us to embarrass them.

So as we enter the holiday season, and many weedheads go home for the holidays hiding their weed from the family, just know that you are selling yourself short. You have nothing to hide. If grandma is going to cut you out of the will because you like weed, then so be it. It is better than living a lie and acting as if you have done something wrong. Chances are if you sat Grandma down and gave her the facts, she may understand, and may be willing to change her position. If not, then Granny needs to re-examine her moral compass. But selling yourself short to appease the long lie of prohibition in a effort to not rock the boat is an EPIC FAIL.

Stop selling us all short, and make the decision to tackle the weed issue head on in EVERY part of your life. I do not care if it is at church, at little league, or in line at the bank….if you get the opportunity to educate another human on the evils of cannabis prohibition, DO IT! If we do not stand up for our own cause, then who will? It is up to us to make that difference and to change the world.

Now get to work….go find a prohibitionist and change their mind. If we all do that once a day, this thing will be over in no time….